The tradition of wassailing arrived in the New World with the English settlers.  Sometimes demands of wassailers were unwelcome in the colonies. 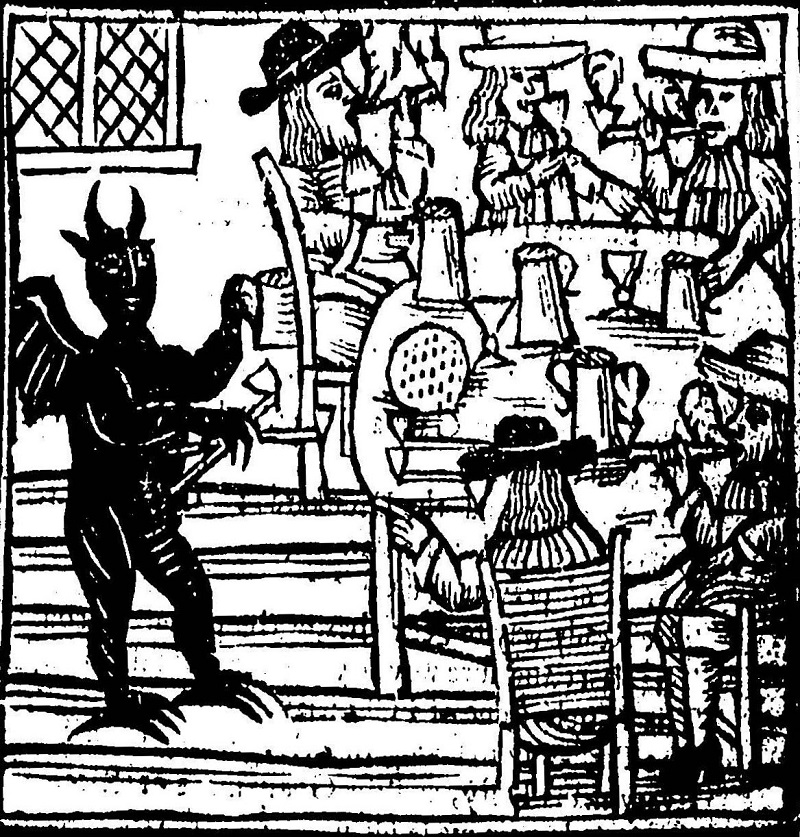 On Christmas Day in 1679 in Salem, Massachusetts. Joseph Foster, Benjamin Fuller, Samuel Brayebrooke & Joseph Flint decided they wanted some booze for the holiday.  On Christmas night of 1679, four young men of the village of Salem entered the house of septuagenarian John Rowden, who was known to make pear wine, called "perry," from trees in his orchard. The men made themselves at home in front of the fire & began to sing. After a couple of songs they tried to cajole Rowden & his wife into bringing them some of the new wine. Rowden refused & asked the intruders to leave, to which they responded that "it was Christmas Day at night & they came to be merry & to drink perry, which was not to be had anywhere else but here, & perry they would have before they went."

When the visitors promised to return later & pay for the drink, Mrs. Rowden said, "We keep no ordinary to call for pots." By "ordinary" she meant tavern, & by "pots" she meant alcohol. The four men left, but three returned a quarter-hour later & tried to pass a piece of lead as payment in coin. The Rowdens & their adopted son, Daniel Poole, got the men out the front door, but they wouldn't leave & called sarcastic taunts from the street.

John Rowden later testified to the violence that broke out next.  They threw stones, bones, & other things at Poole in the doorway & against the house. They beat down much of the daubing in several places & continued to throw stones for an hour & a half with little intermission. They also broke down about a pole & a half of fence, being stone wall, & a cellar, without the house, distant about 4 or 5 rods, was broken open through the door, & 5 or 6 pecks of apples were stolen.

Posted by Barbara Wells Sarudy at 4:04 AM