The animal bones from food supplies found in a pit dating prior to 1610 reveal that the 104 men and boys who landed at Jamestown survived primarily on fish and turtles! Sturgeon was the most common fish. A sturgeon may live up to 60 years, weigh up to 800 pounds and reach lengths of up to 15 feet. 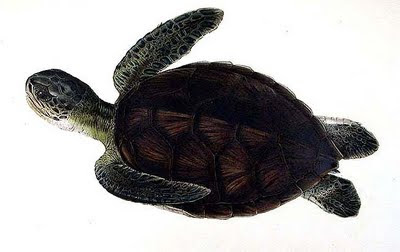 Tortoyses here (such as in the Bermudas) I have seene about the entrance of our bay, but we have not taken of them, but of the land tortoyses we take and eate dailie...William Strachey

Archaeologists have found the bony plates which cover the heads of sturgeon and the bony shields, or scutes, which cover the body. The sturgeon is an anadromous fish, which means that it spends most of its life in brackish or salt water, but migrates into coastal rivers to spawn. The Jamestown colonists report that the sturgeon were plentiful in the James River from May until September. 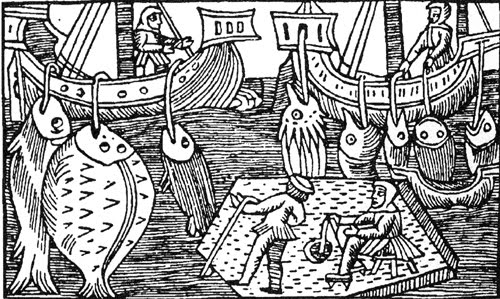 "...fish lying so thicke with their heads above the water, as for want of nets (our barge driving amongst them) we attempted to catch them with a frying pan, but we found it a bad instrument to catch fish with."  John Smith

The colonists also dined on rays, herons, gulls, oysters, raccoons, and other native Virginia animals, as well as provisions of beef, pork, and fish they brought with them from England. Domestic animals brought by the first colonists were intended as breeding stock although they were quickly eaten during the Starving Time winter of 1609-1610. Other evidence of this terrible period of Jamestown's history, when over 40% of the colonists died of apparent starvation, has been found with the food remains. Elements of poisonous snakes, malodorous musk turtles, and horses indicate the men's desperation to find sustenance.
Posted by Barbara Wells Sarudy at 4:00 AM