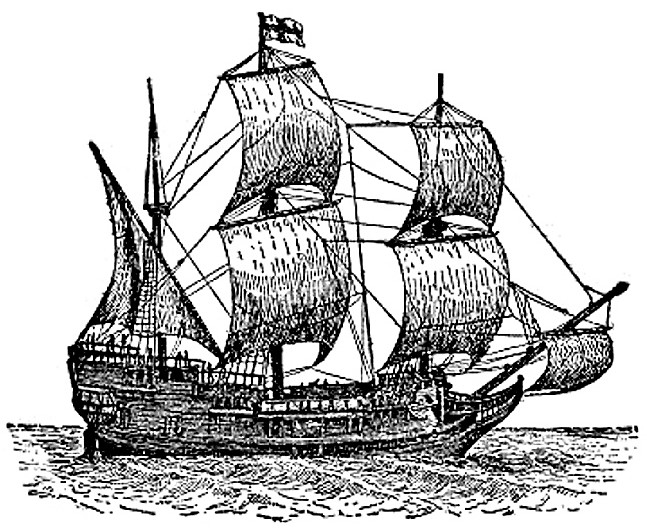 A Relation or Journal of the Proceedings of the Plantation settled at Plymouth in New England, also called Mourt's Relation: A Journal of the Pilgrims at Plymouth. (London, 1622), which records events at Plymouth from the Mayflower's arrival in November 1620 through the 1st Thanksgiving in October 1621, reports that a little Christmas cheer was drunk in December of 1620, "Monday, the 25th day, we went on shore, some to fell timber, some to saw, some to rive, and some to carry, so no man rested all that day. But towards night some, as they were at work, heard a noise of some Indians, which caused us all to go to our muskets, but we heard no further. So we came aboard again, and left some twenty to keep the court of guard. That night we had a sore storm of wind and rain." and "Monday, the 25th day, we went on shore, some to fell drink water aboard, but at night the master caused us to have some beer, and so on board we had divers times now and then some beer, but on shore none at all."
Posted by Barbara Wells Sarudy at 4:07 AM