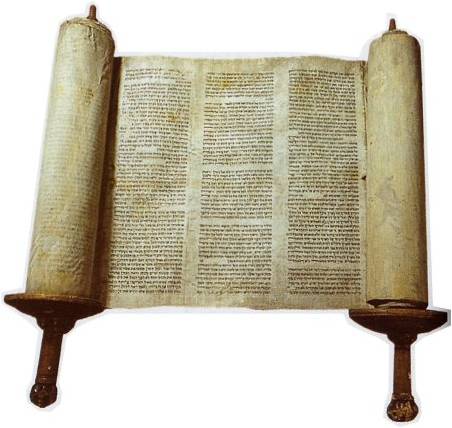 The earliest Jewish-born person recorded to have set foot on North American soil was Joachim Gans in 1584, when Sir Walter Raleigh recruited him for an expedition to find a permanent settlement in the Virginia territory of the New World.  Sir Richard Grenville, leader of Raleigh's expedition, founded the Roanoke Colony on Roanoke Island in 1585. Ralph Lane, along with 107 men, built a fort on Roanoke Island as Grenville sailed back to England for supplies. By April 1586 conditions on Roanoke Island had decayed; the expedition had destroyed a nearby village occupied by indigenous people resulting in retribution against the fortifications on Roanoke Island. As luck would have it, Sir Francis Drake visited the Roanoke Colony on his way back to England in April 1586. Recognizing the dire conditions, he rescued the remaining members of the Roanoke Island expedition. One of the men in this group was Joachim Gans, a Jew from Prague who was reputed to be the best metallurgist in all of Europe at that time & the 1st Jew to set foot in the New World under the British Flag.  Among the ruins at the Roanoke site, archaeologists have discovered lumps of smelted copper and a goldsmith’s crucible attributed to Gans's work at the colony. Because the royal mining company failed to resupply colonists who were increasingly fearful of conflicts with the Native Americans, they accepted the offer from Sir Francis Drake in June 1586, to sail them to England. Each of the colonists, including Gans, left North America.

Actually, Jews had been barred from settling in English colonies, as they had been banned from all English lands for 400 years. The 1st written record of Jewish settlement in England dates from 1070. Jewish settlement continued until King Edward I's Edict of Expulsion in 1290. After the expulsion, there was no Jewish community, apart from individuals who practiced Judaism secretly, until the rule of Oliver Cromwell.  Cromwell (British Protector from 1649 through 1660, through his son Richard) lifted & ignored the earlier prohibition.

In spite of "expulsion" dictum, Elias Legarde was a Sephardic Jew who arrived at James City, Virginia, on the Abigail in 1621. According to one historian, Elias was from Languedoc, France and was hired to go to the Colony to teach people how to grow grapes for wine. Elias Legarde was living in Buckroe in Elizabeth City in February of 1624.  Elias was employed by Anthonie Bonall. Bonall was a French silk maker and vigneron (cultivates vineyards for wine-making), one of the men from Languedoc sent to the colony by John Bonall, keeper of the silkworms of King James I.  In 1628 Elias Legarde leased 100 acres on the west side of Harris Creek in Elizabeth City, Virginia.

Josef Mosse & Rebecca Isaake are documented in Elizabeth City in 1624. John Levy patented 200 acres of land on the main branch of Powell’s Creek, Virginia, around 1648.  Albino Lupo, a Portugese Jew in Virginia, traded with his brother, Amaso de Tores, in London. Two brothers named Silvedo & Manuel Rodriguez are documented to be in Lancaster County, Virginia, around 1650. None of the Jews in Virginia were forced to leave under any conditions.

At least one Jew was forced to leave New England.  Solomon Franco, a Sephardic Jew from Holland who is believed to have settled in the city of Boston in the Massachusetts Bay Colony in 1649. Franco was a scholar & agent for Immanuel Perada, a Dutch merchant. He delivered supplies to Edward Gibbons, a major general in the Massachusetts militia. After a dispute over who should pay Franco (Gibbons or Perada) the Massachusetts General Court ruled on May 6, 1649, that Franco was to be expelled from the colony, and granted him "six shillings per week out of the Treasury for ten weeks, for sustenance, till he can get his passage to Holland."

On July 8, 1654, Jacob Barsimson left Holland & arrived aboard the Peartree on August 22 in the port of New Amsterdam (in lower Manhattan, where Wall Street is today). Barsimson was employed by the Dutch East India Company & had fled the Portuguese.

For some decades Jews had flourished in the Americas at the Dutch-held areas of Brazil; but a Portuguese conquest of the area in 1654, confronted them with the prospect of the Inquisition, which had already burned a Brazilian Jew at the stake in 1647.

A shipload of 23 fleeing Jewish refugees from Dutch Brazil arrived in New Amsterdam (soon to become New York) in 1654.  In September 1654, 23 Jews from the Sephardic community in the Brazil, arrived in New Amsterdam (New York City).  Barsimson is said to have met them at The Battery upon their arrival. This group was made up of 23 Dutch Jews (4 couples, 2 widows, & 13 children). Like Barsimson, they had fled from Pernambuco in Dutch Brazil (now called Recife), after the settlement was conquered by the Portuguese. Fearing the Inquisition, the Jews fled Recife. They originally docked in Jamaica & Cuba, but the Spanish did not allow them to remain there. Their ship, Ste. Catherine, went to New Amsterdam instead, settling against the wishes of local merchants & the local Dutch Reformed Church.

Colonial Dutch governor Peter Stuyvesant tried to enhance his Dutch Reformed Church by discriminating against other religions, but religious pluralism was already a tradition in the Netherlands & his superiors at the Dutch West India Company in Amsterdam overruled him. Stuyvesant, upon complaint from his local church groups, attempted to have the Jews expelled. He wrote a letter to the directors of the Dutch West India Company dated September 22, 1654: "The Jews who have arrived would nearly all like to remain here, but learning that they (with their customary usury and deceitful trading with the Christians) were very repugnant to the inferior magistrates, as also to the people having the most affection for you; the Deaconry also fearing that owing to their present indigence they might become a charge in the coming winter, we have, for the benefit of this weak and newly developing place and the land in general, deemed it useful to require them in a friendly way to depart, praying also most seriously in this connection, for ourselves as also for the general community of your worships, that the deceitful race—such hateful enemies and blasphemers of the name of Christ—be not allowed to further infect and trouble this new colony to the detraction of your worships and the dissatisfaction of your worships' most affectionate subjects."

Upon the capture of the New York colony by the English in 1664, the rights enjoyed by the Jews were not interfered with, & for 20 years they appear to have lived much as before the British occupation, though with slight increase in their numbers. Solomon Pietersen was a merchant from Amsterdam who came to town in 1654. In 1656, Pietersen became the first known American Jew to intermarry with a Christian; though there are no records showing Pietersen formally converted, his daughter Anna was baptized in childhood.

Asser Levy (Van Swellem) is first mentioned in public records in New Amsterdam in 1654 in connection with the group of 23 Jews who arrived as refugees from Brazil. It is likely he preceded their arrival. Levy was the (kosher) butcher for the small Jewish community. He fought for Jewish rights in the Dutch colony and is famous for having secured the right of Jews to be admitted as Burghers and to serve guard duty for the colony.

In New York City, Shearith Israel Congregation is the oldest continuous congregation started in 1687, having their first synagogue erected in 1728, & its current building still houses some of the original pieces of that first.

Religious tolerance was also established elsewhere in the colonies; the colony of South Carolina, for example, was originally governed under an elaborate charter drawn up in 1669, by the English philosopher John Locke. This charter granted liberty of conscience to all settlers, expressly mentioning "Jews, heathens, and dissenters."  As a result, Charleston, South Carolina has a particularly long history of Sephardic settlement, which in 1816, numbered over 600, then the largest Jewish population of any city in the United States.

In the York records of Virginia as early as 1658, mention is made of Seignior Moses Nehemiah in a judicial proceeding. The record states "In ye Difference between Mrs. Elizabeth Jones wife and attorney of Richard Jones, plaintiff and Seign’r Moses Nehemiah."


Also in 1658 Virginia letters of denization were issued to John Abraham, described as a Dutchman.  Denization is an obsolete process in Great Britain, dating back to the 13C, by which a foreigner, through letters patent, became a denizen, thereby obtaining certain rights otherwise only normally enjoyed by Britain's subjects, including the right to hold land. The denizen was neither a subject with citizenship or nationality nor an alien, but had a status akin to permanent residency today.

In 1687 Robert Nathan, possibly a Jew, is mentioned as a member of the "Virginia militia for Surry County.” In the letters of Governor Spotswood of Virginia, he mentions putting down an insurrection in Carolina in 1711, one of the leaders of which was a "Colonel Levy."

Throughout the 17C, small numbers of Jews continued to come to the British North American colonies, settling mainly in seaport towns like Savannah, Philadelphia, & Baltimore. By the next century, at time of American Revolution, the Jewish population in America was very small, with only 1,000-2000, in a colonial population of about 2.5 million.
Posted by Barbara Wells Sarudy at 4:00 AM