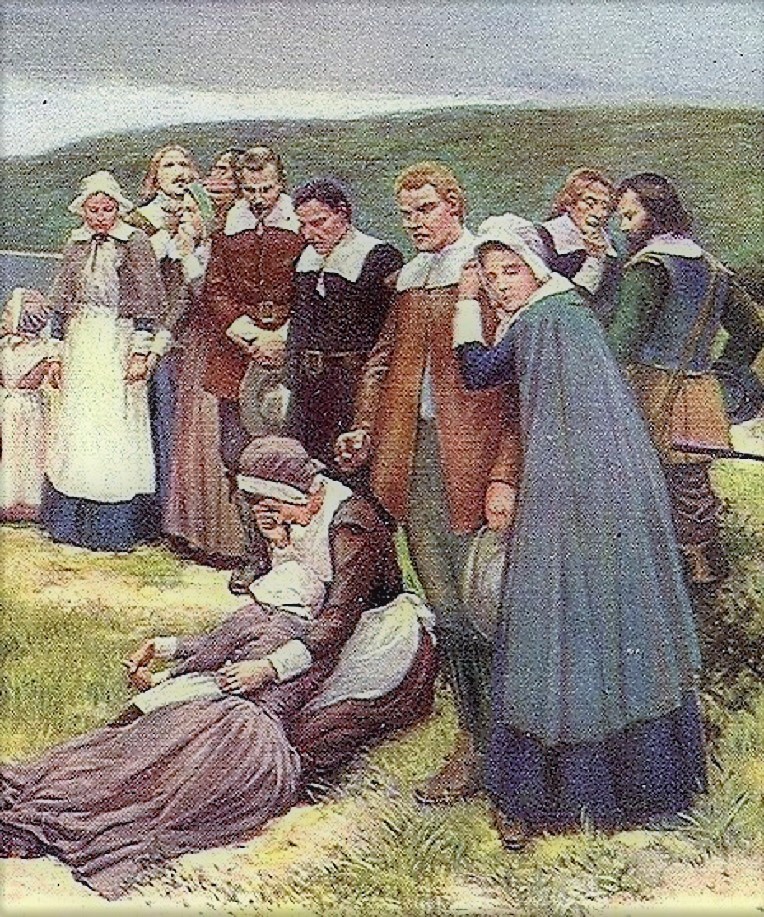 Women were accused of a wide range of crimes in the early Plymouth Colony: including being a witch, abuse, living disorderly, selling alcohol to an Indian, squatting, being at a Quaker meeting, stealing a boat, slander, stopping a highway, failure to appear in court, murder, dancing, lying, stealing, not attending church, working on a Sunday, being drunk, exchanging a gun with an Indian, & paying someone underage.
Punishments, when mentioned, varied with the type of crime. Cases of stealing, lying, being at a Quaker meeting, & selling alcohol to an Indian were punished with a monetary fine. Slander & stealing were punished with time in the stocks, & slander & disturbance of worship were punished with whipping. There was only one instance where the death penalty was imposed, in the case of a mother murdering her 4 year-old daughter. Widows were not punished differently than single or married women.

According to court records, women did accuse others of crimes including blasphemous speech, abuse, lewd behavior, stealing a pig, beating, molesting, unapproved marriage, cutting a colt, not solemnizing marriage, & stealing a cow. In most of these cases, the accusations made by women were taken seriously, & the accused person, male or female, was brought to trial & if found guilty, punished. Widows, married women, & single women all made accusations equally.
Posted by Barbara Wells Sarudy at 4:00 AM