Married Women, Quakers, & Servants could NOT own land, vote or hold office in the Plymouth Colony (1636-1671) 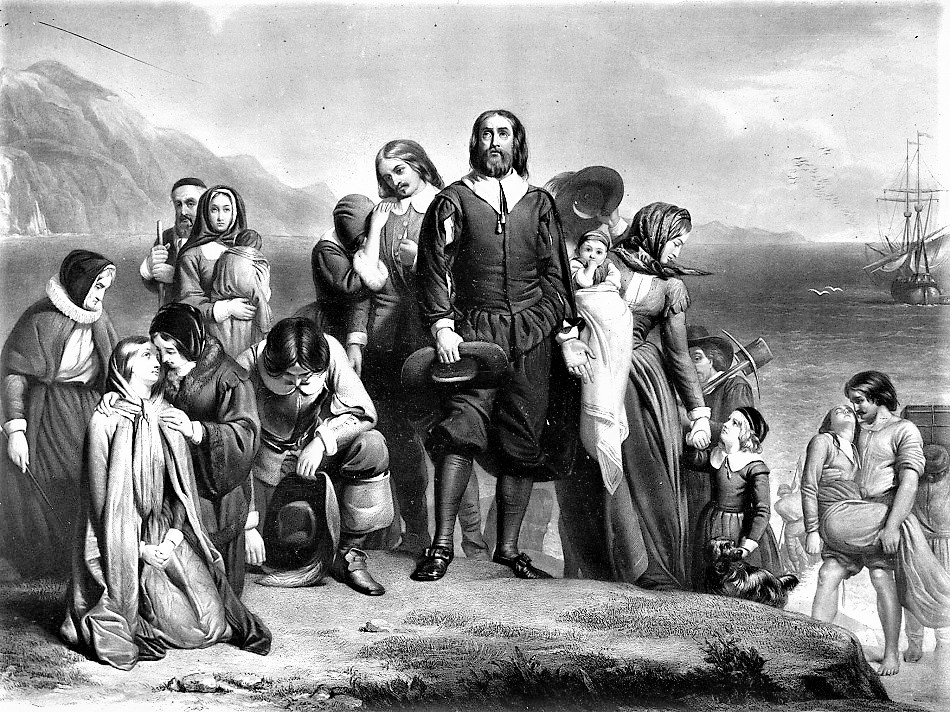 The adult men in the 1st settlement of Plymouth all held the status of "stockholders" in the joint-stock company that financed the Plymouth Colony or "plantation." They shared in the ownership of the plantation's assets & its liabilities. They participated in the economic venture & the colonial government. The colonists also began use of the separate term "freemen" early in the settlement, which indicated a citizen of the Colony, who possessed the right to vote for the Governor & Assistants & the right to hold office (thus, all stockholders were freemen, but not all freemen would be stockholders). Women & servants were not eligible for freeman status.

Sometime in the period from 1636 to 1671, the Plymouth colonists formulated a declaration called The General Fundamentals, which further emphasized their desire for self-governance as "freemen" or "associates": "Wee the Associates of New-Plimouth, comeing hither as Freeborn Subjects of the State of England, endowed with all & singular; the Priviledges belonging to such being; Assembled; Do in Act [enact], Ordain & Constitute; That no Act, Imposition, Law or Ordinance, be made or imposed upon us, at present or to come; but such as shall be made or imposed by consent of the Body of Freemen or Associates, or their Representatives legally assembled: which is according to the free Liberties of the State of England." Some view this as one of the earliest forms of a demand for "representative" government & individual rights in the American colonies.

Early on, becoming a freeman was fairly simple, with a candidate being approved for status as a freeman by the existing freemen in his town, & then the name was submitted & accepted by the General Court. Laws passed in 1658 denied the grant of freeman status to those persons who were "opposers of the good & [wholesome] lawes of the Collonie or manifest opposers of the true worship of God or such as refuse to doe the Countrey seruice." The Colony's General Court placed further restrictions on freemen status in 1658. The procedure for becoming a freemen now required that a candidate would have to wait a year after his name was presented to the General Court, before he would be approved as a freemen. Restrictions focusing on Quakers were added as well. No Quaker could be a freemen, & a freemen who became a Quaker would lose his status, as would any freemen who aided Quakers

The duties of being a freeman may have become more than some persons cared to possess. Towns often threatened fines for freemen failing to attend town meetings.  Even heavier fines were levied against freemen who failed to attend the General Court or to serve on the Grand Enquest when selected to do so. As a result, by 1638 the freemen had prompted legislation which permitted them to elect representatives, called "deputies," who would then attend the sessions of the General Court for each town. Those elected deputies tended to be re-elected year after year. While only freemen could be elected to be deputies, non-freemen who paid taxes & swore fidelity to the Colony were permitted to vote for candidates for deputy. By 1652, the General Court instituted a process for freemen to vote by proxy at the General Court sessions, to prevent them from having to travel to Plymouth Town where the Court was convened.

The declaration of "The Generall Fundamentals" set forth in the 1672 Book of Laws listed an array of rights & privileges possessed by freemen. No freeman was to be punished "but by virtue or equity of some express Law of the General Court of this Colony, the known law of God, or the good & equitable laws of our Nation." From 1623 onward, the law required that all criminal charges & charges of trespass or debts were to be tried to a jury of 12 freemen. A defendant could challenge the appropriateness of particular freemen sitting on their jury, including the use of "peremptory" challenges of 6 or 8 of the jurors in capital cases (a peremptory challenge is one for which the defendant need not give a reason). For a capital case to proceed against a freeman, there had to be at least 2 witnesses, "or that which is the equivalent thereunto," providing evidence against the defendant. Freemen 21 years or older also had the right to make wills & dispose of their property. Freemen were required to take an oath of allegiance to the Colony & to England. There were several charges brought to the Court over the years of freemen failing or refusing to take the loyalty oath. In 1659, for example, 12 men were convicted for refusing to take the oath, & were fined 5 pounds sterling each, although not they were not banished or imprisoned.

Edited from The Plymouth Colony Archive Project. Created by James Deetz (1930–2000), Patricia Scott Deetz, & maintained & enlarged by Christopher Fennell at The University of Illinois at Urbana-Champaign.
Posted by Barbara Wells Sarudy at 4:00 AM