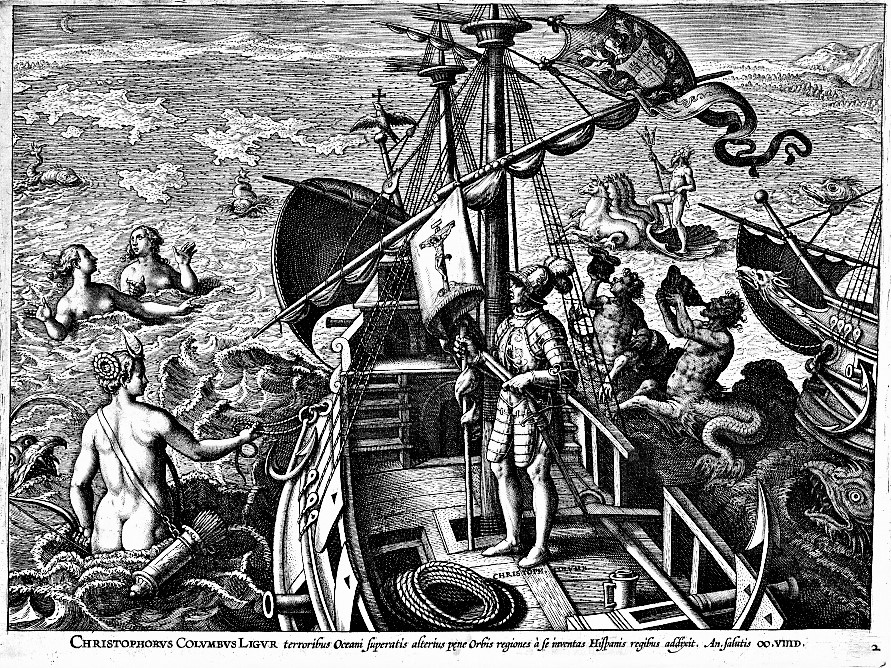 Americae Retectio, print from the plate 2 made by Adriaen Collaert after a drawing by Jan van der Straet, early 1580s. Published by Joannes Galle, 1589. The British Museum, London. Inscribed: "Christopher Columbus of Liguoria, overcoming the terrors of the ocean, added to the Spanish Crown with regions of almost another world that he discovered. An. Sal. MVIID."  Once again depicting welcoming naked American women.
Posted by Barbara Wells Sarudy at 4:00 AM