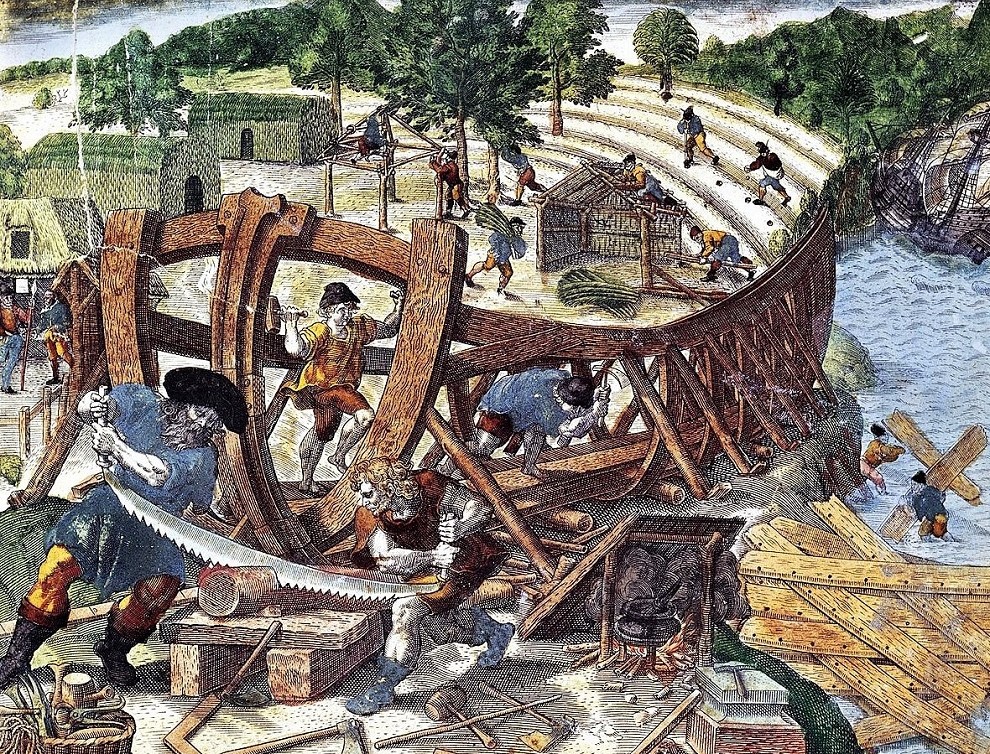 With the bulk of the early settlers living in villages and towns around the harbors, many New Englanders carried on some kind of trade or business. Common pastureland and woodlots served the needs of townspeople, who worked small farms nearby. Compactness made possible the village school, the village church and the village or town hall, where citizens met to discuss matters of common interest.

The Massachusetts Bay Colony continued to expand its commerce. From the middle of the 17th century onward it grew prosperous, and Boston became one of America's greatest ports.

Oak timber for ships' hulls, tall pines for spars and masts, and pitch for the seams of ships came from the Northeastern forests. Building their own vessels and sailing them to ports all over the world, the shipmasters of Massachusetts Bay laid the foundation for a trade that was to grow steadily in importance. By the end of the colonial period, one-third of all vessels under the British flag were built in New England. Fish, ship's stores and wooden ware swelled the exports.

New England shippers soon discovered, too, that rum and slaves were profitable commodities. One of the most enterprising -- if unsavory -- trading practices of the time was the so-called "triangular trade." Merchants and shippers would purchase slaves off the coast of Africa for New England rum, then sell the slaves in the West Indies where they would buy molasses to bring home for sale to the local rum producers.

For more, see Outline of U.S. History, a publication of the U.S. Department of State from the website of the United States Information Agency, where it was published in November 2005.
Posted by Barbara Wells Sarudy at 4:00 AM