In the 17th century, most women came to the Chesapeake as indentured servants. To pay for their passage, women usually worked seven years as bound laborers.  In the early 1600s most Chesapeake southern colonists were poor and men outnumbered women three to one. Mortality rates were higher in the south because of greater disease risks.  Mosquitoes, a far more constant threat in the south, carried many of these diseases. On average, men lived to be 40 and women did not live past their late 30s. One quarter of all children born died in infancy & half died before they reached adulthood. 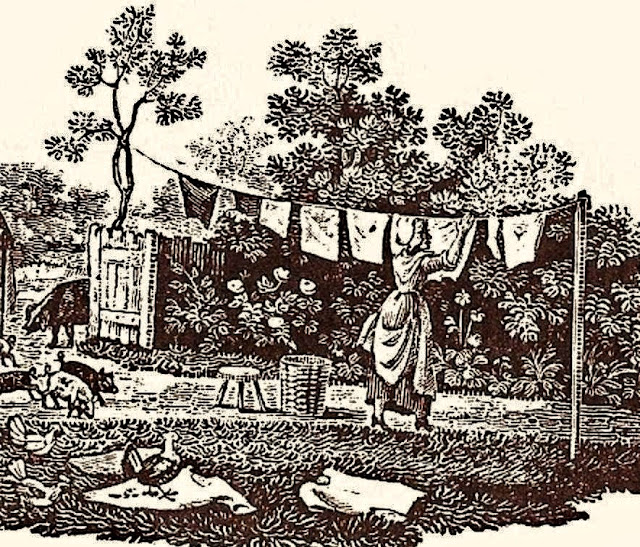 During the early colonial period, when manpower was scarce, most women worked in the fields during planting and harvest seasons, especially in Virginia and Maryland, where tobacco was money. As slave importation increased, fewer women toiled in the earth from sunrise to sundown. Initially many Chesapeake women died of malaria, dysentery, and epidemics during their first six months of "seasoning." By mid century, more servant girls were surviving their indentures. Once indenture contracts had been worked off, women usually married and worked on small plantations. Wives were in great demand in the Chesapeake, where the ratio of men to women during most of the 17th century was at least three to one. Because women usually could not marry during their indentures, Chesapeake brides were older than those in New England. More than one third of women were pregnant before they married.

A new bride would move into the house of her groom which was usually about 25 by 18 feet with one open living space including some extra storage and sleeping space up under the eaves above. Chesapeake wives did not begin to replace the population by natural increase until the 18th century. Few, if any, portraits of women from the 17th century Chesapeake exist.  Most Southern colonials lived in remote areas in relative isolation on farms or plantations with their families, extended relatives, friends, and slaves.
Posted by Barbara Wells Sarudy at 4:00 AM