The Argument for Colonizing The Americas - Richard Hakluyt, "A Discourse Concerning Western Planting." (1584) 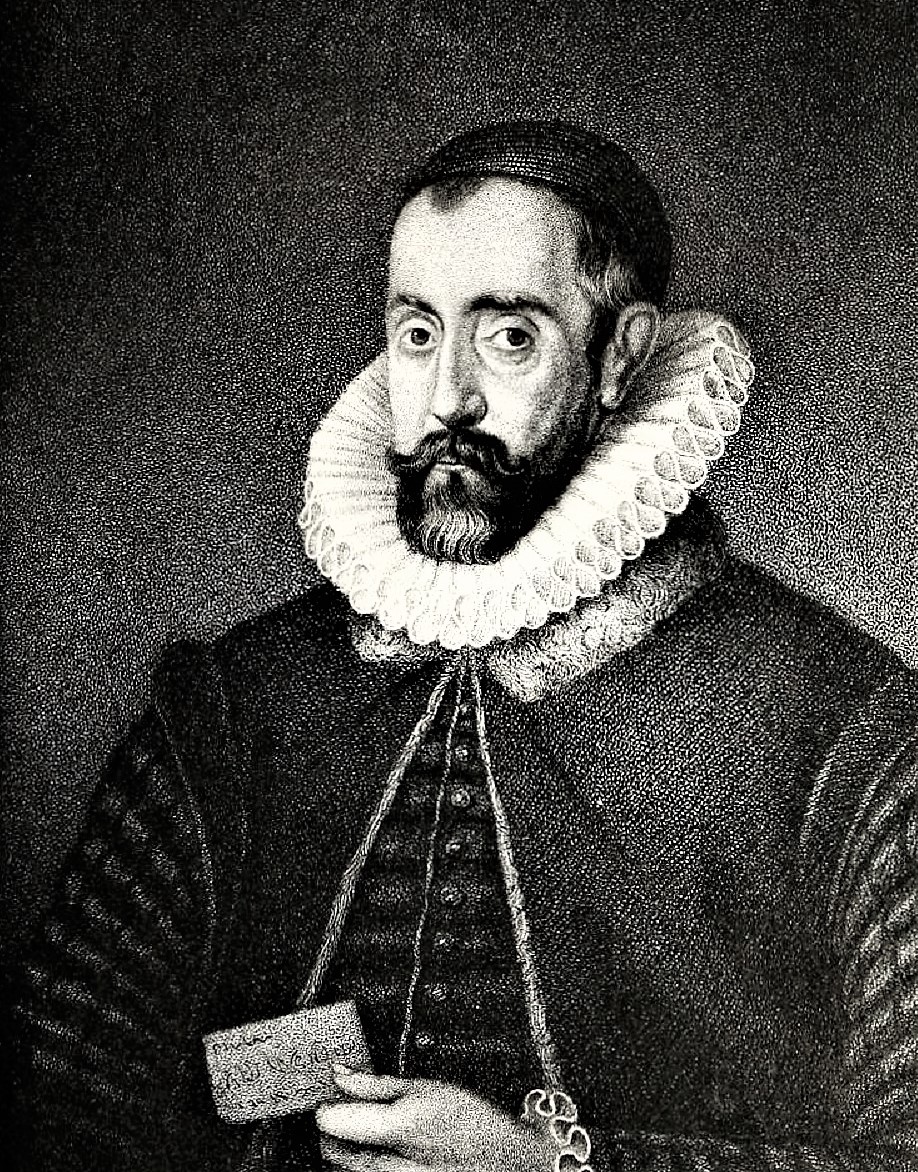 Richard Hakluyt (1553-1616) was an early proponent of English colonization. This particular document was written to convince Queen Elizabeth I to support the colonization schemes of Sir Walter Raleigh, and to encourage English merchants and gentry to invest in those enterprises.

1. The soil yieldth and may be made to yield all the several commodities of Europe, and of all kingdomes, dominions, and territories that England tradeth with that by trade of merchandise cometh into this realm

2. The passage thither and home is neither to long nor to short but easy and to be made twice in the year. . . .

5. And where England now for certain hundreth years last passed, by the peculiar commodity of wools, and of later years by clothing of the same, hath raised itself from meaner state to greatr wealth and much highr honour, mighty and power than before, to the equaling of the princes of the same to the greatst potentates of this part of the world it cometh now so to passe, that by the great endeavour of the increase of the trade of wools in Spain and in the West Indies, now daily more and more multiplying that the wools of England, and the clothe made of the same, will become base, and every day more base then other; which, prudently weighed yet behoveth this realm if it mean not to return to former olde means and baseness but to stand in present and late former honour, glory, and force, and not negligently and sleepingly to slide into beggery, to foresee and to plant at Norumbega [New England] or some like place, were it not for any thing else but for the hope of the vent of our wool endraped, the principal and in effect the only enriching continuing natural commodity of this realm. And effectually pursuing that course, we shall not only find on that tract of land, and especially in that firm northward (to whom warm clothe shall be right welcome), an ample vent, but also shall, from the north side of that firm, find out known and unknown islands and dominions replenished with people that may fully vent the abundance of that our commodity, that else will in few years wax of none or of small value by foreign abundance &c.; so as by this enterprise we shall shun the imminent mischief hanging over our heads that else must needs fall upon the realm without breach of peace or sword drawn against this realm by any foreign state; and not offer our ancient riches to scornful neighbors at home, nor sell the same in effect for nothing, as we shall shortly, if presently it be not provided for. . . .

6. This enterprise may stay the Spanish King from flowing over all the face of that waste firm of America, if we seat and plant there in time, in time I say, and we by planting shall [prevent] him from making more short and more safe returns out of the noble ports of the purposed places of our planting, then by any possibility he can from the part of the firm that now his navys by ordinary courses come from, in this that there is no comparison between the ports of the coasts that the King of Spain doth now possess and use and the ports of the coasts that our nation is to possess by planting at Norumbega, . . . And England possessing the purposed place of planting, her Majesty may, by the benefit of the seat having won good and royall havens, have plenty of excellent trees for masts of goodly timber to build ships and to make great navys, of pitch, tar, hemp, and all things incident for a navy royall, and that for no price, and without money or request. How easy a matter may yet be to this realm, swarming at this day with valiant youths, rusting and hurtful by lack of employment, and having good makers of cable and of all sorts of cordage, and the best and most cunning shipwrights of the world, to be lords of all those seas, and to spoil Phillip's Indian navy, and to deprive him of yearly passage of his treasure into Europe, and consequently to abate the pride of Spain and of the suporter of the great Anti-Christ of Rome and to pull him down in equality to his neighbour princes, and consequently to cut of the common mischiefs that come to all Europe by the peculiar abundance of his Indian treasure, and this without difficulty.

7. . . . this realm shall have by that mean ships of great burden and of great strength for the defense of this realm, and for the defense of that new seat as need shall require, and with all great increase of perfect seamen, which great princes in time of wars want, and which kind of men are neither nourished in few days nor in few years. . . .

11. At the first traffic with the people of those parts, the subjects of this realm for many years shall change many cheap commodities of these parts for things of high valor there not esteemed; and this to the great enriching of the realm, if common use fail not.

12. By the great plenty of those regions the merchants and their factors shall lie there cheap, buy and repair their ships cheap, and shall return at pleasure without stay or restraint of foreign prince; whereas upon stays and restraints the merchant raiseth his charge in sale over of his ware; and, buying his wares cheap, he may maintain trade with small stock, and without taking up money upon interest; and so he shall be rich and not subject to many hazards, but shall be able to afford the commodities for cheap prices to all subjects of the realm.

13. By making of ships and by preparing of things for the same, by making of cables and cordage, by planting of vines and olive trees, and by making of wine and oil, by husbandry, and by thousands of things there to be done, infinite numbers of the English nation may be set on work, to the unburdening of the realm with many that now live chargeable to the state at home.

14. If the sea coast serve for making of salt, and the inland for wine, oils, oranges, lemons, figs, &c., and for making of iron, all which with much more is hoped, without sword drawn, we shall cut the comb of the French, of the Spanish, of the Portingal, and of enemies, and of doubtful friends, to the abating of their wealth and force, and to the great saving of the wealth of the realm. . . .

16. Wee shall by planting there enlarge the glory of the gospel, and from England plant sincere religion, and provide a safe and a sure place to receive people from all parts of the world that are forced to flee for the truth of God's word.

17. If frontier wars there chance to arise, and if thereupon we shall fortify, yet will occasion the training up of our youth in the discipline of war, and make a number fit for the service of the wars and for the defense of our people there and at home.

18. The Spaniards govern in the Indies with all pride and tyranny; and like as when people of contrary nature at the sea enter into gallies, where men are tied as slaves, all yell and cry with one voice, Liberta, liberta, as desirous of liberty and freedom, so no doubt whensoever the Queen of England, a prince of such clemency, shall seat upon that firm of America, and shall be reported throughout all that tract to use the natural people there with all humanity, curtesy, and freedom, they will yield themselves to her government, and revolt clean from the Spaniard, and specially when they shall understand that she hath a noble navy, and that she aboundeth with a people most valiant for their defense. And her Majesty having Sir Frances Drake and other subjects already in credit with the Symerons, a people or great multitude already revolted from the Spanish government, she may with them and a few hundreths of this nation, trained up in the late wars of France and Flanders, bring great things to pass, and that with great ease; and this brought so about, her Majesty and her subjects may both enjoy the treasure of the mines of gold and silver, and the whole trade and all the gain of the trade of merchandisse, that now passeth thither by the Spaniards only hand, of all the commodities of Europe; which trade of merchandise only were of it self sufficient (without the benefit of the rich mine) to enrich the subjects, and by customs to fill her Majesty's coffers to the full. And if it be high policy to maintain the poor people of this realm in work, I dare affirm that if the poor people of England were five times so many as they be, yet all might be set on work in and by working linen, and such other things of merchandise as the trade into the Indies doth require.

19. The present short trades causeth the mariner to be cast of, and often to be idle, and so by poverty to fall to piracy. But this course to Norumbega being longer, and a continuance of the employment of the mariner, doth keep the mariner from idleness and from necessity; and so it cutteth of the principal actions of piracy, and the rather because no riche pray for them to take cometh directly in their course or any thing near their course.

20. Many men of excellent wits and of divers singular gifts, overthrown by . . . by some folly of youth, that are not able to live in England, may there be raised again, and do their country good service; and many needful uses there may (to great purpose) require the saving of great numbers, that for trifles may otherwise be devoured by the gallows.

21. Many soldiers and servitors, in the end of the wars, that might be hurtful to this realm, may there be unladen, to the common profit and quiet of this realm, and to our foreign benefi there, as they may be employed.

22. The frye [children] of the wandering beggars of England, that grow up idly, and hurteful and burdenous to this realm, may there be unladen, better bred up, and may people waste countries to the home and foreign benefit, and to their own more happy state.

23. If England cry out and affirm, that there is so many in all trades that one cannot live for another, as in all places they doe, this Norumbega (if it be thought so good) offereth the remedy.