Bacon's Rebellion in Virginia, 1675 -76 Washington  Printed by Peter Force.  1835.
This Tract was first printed in the Richmond (Va.) Enquirer, of the 1st, 5th and 8th of September 1804, from an exact copy of the original manuscript, made by Mr. Thomas Jefferson, then President of the United States; and was accompanied by the following introductory notice, addressed to the Editor:
To the Editor of the Enquirer: "The original Manuscript, of which the small volume now sent you is a copy, was transmitted to the President of the United States, by Mr. King, our late Minister Plenipotentiary at the Court of London, in a letter of December 20, 1803. It was purchased by Mr. King at the sale of the stock of one Collins, a Bookseller in London, and when received by the President, was carefully copied by him, and with his own hand. The pages and lines of the copy correspond with those of the original. The orthography, abbreviations, punctuation, and even interleneations are preserved, so that it is a fac simile, except as to the form of the letters. The two first are evidences of the age of the writing. This copy was lately sent as a curious and interesting historical document, by the President to his venerable friend, Mr. Wythe, with a permission to the bearer to communicate its contents to the public. The transaction recorded in this manuscript, although of little extent or consequence, is yet marked in the history of Virginia, as having been the only rebellion which took place in the Colony, during the 168 years of its existence preceding the American Revolution, and one hundred years exactly before that event. The rebellion of Bacon, as it is improperly called, has been little understood, its cause and course being imperfectly explainedby any authentic document hitherto possessed. This renders the present narrative of real value. It appears to have been written thirty years after the event took place, by a person intimately acquainted with its origin, progress, and conclusion. It was written, too, not for the public eye, but in compliance with the wish or curiosity of a British minister, Lord Oxford. The candour and simplicity of the narrative cannot fail to command belief. On the outside of the cover of the original MS. are the numbers 3947 and 5781. Very possibly the one may indicate the place it held in Lord Oxford's library, and the other its number on the catalogue of the bookseller, into whose hands it came before Mr. K. became the purchaser. The Author says of himself, that he was a planter, that he lived in Northumberland, but was elected a member of the Assembly, in 1676, for the ty of Stafford, Col. Mason being his colleague, of which Assembly Col. Warner was Speaker, that it was the first and should be the last time of his meddling with public affairs, and he subscribes the initials of his name T. M. Whether the Records of the time, if they still exist, with the aid of these circumstances, will show what his name was, remains for further enquiry. If this little books speaks the truth, Nathaniel Bacon will no longer be regarded as a rebel, but as a patriot. His name will be rescued from the infamy which has adhered to it for more than a century; the stigma of corruption, cruelty, and treachery, will be fixed on the administration by which he was condemned; and one more case will be added to those which prove, that insurrections proceed oftener from the misconduct of those in power, than from the factious and turbulent temper of the People." To the right hono'ble Robert Harley esq'e. Her Maj'ties Principal Secretary of State, and one of her most Hono'ble Privy Council S'r. The great honour of your command obliging my pen to step aside from it's habituall element of ffigures into this little treatise of history ; which having never before experienced, I am like Sutor ultra crepidam and therefore dare pretend no more than (nakedly) to recount matters of ffact. Beseeching yo'r hono'r will vouchsafe to allow, that in 30 years, divers occurrences are laps'd out of mind, and others imperfectly retained. So as the most solemn obedience can be now paid, is to pursue the track of bare-fac'd truths, as close as my memory can recollect, to have seen, or believed, from credible ffriends, with concurring circumstances. And whatsoever yo'r celebrated wisdom shall finde amisse in the composure, my intire dependence is upon yo'r candour favourably to accept these most sincere endeavo'rs of...Yo'r Hono'rs
Most devoted humble ser't
the 13 July 1705...T.M.


The Beginning, Progress and Conclusion of BACONS REBELLION
IN VIRGINIA, in the years 1675 & 1676

To avoid incumbering the body of the foregoing little discourse, I have not therein mentioned the received opinion in Virginia, which very much attributed the promoting these perturbacons to Mr. Lawrence and Mr. Bacon with his other adherents, were esteemed, as but wheels agitated by the weight of his former and present resentments, after their choler was raised up to a very high pitch, at having been (so long and often) trifled with on their humble supplications to the govern'r for his imediate taking in hand the most speedy meanes towards stopping the continued effusions of so much English bloud, from time to time by the Indians; which comon sentim'ts I have the more reason to believe were not altogether groundlesse, because myself have heard him (in his familiar discourse) insinuate as if his fancy gave him prospect of finding (at one time or other) some expedient not only to repaire his great losse, but therewith to see those abuses rectified that the countrey was oppressed with through (as he said) the forwardness advarice and French despotick methods of the govern'r. and likewise I know him to be a thinking man, and tho' nicely honest, affable, and without blemish, in his conversation and dealings, yet did he manifest abundance of uneasiness in the sense of his hard usages, which might prompt him to improve that Indian quarrel to the service of his animosities, and for this the more fair and frequent opportunities offered themselves to him by his dwelling at Jamestown, where was the concourse from all parts to the govern'r. and besides that he had married a wealthy widow who kept a large house of publick entertainm't. unto which resorted those of the best quality, and such others as businesse called to that town, and his parts with his even temper made his converse coveted by persons of all ranks; so that being subtile, and having these advantages he might with lesse difficulty discover mens inclinations, and instill his notions where he found those woud be imbib'd with greatest satisfaction. As for Mr. Bacon fame did lay to his charge the having run out his patrimony in England except what he brought to Virginia and of that the most part to be exhausted, which together made him suspected of casting an eye to search for retrievment in the troubled waters of popular discontents, wanting patience to wait the death of his oppulent counsin, old Collo. Bacon, whose estate he expected to inherit. But he was too young, too much a stranger there, and of a disposition too precipitate, to manage things to that length those were carried, had not thoughtful Mr. Lawrence been at the bottom. 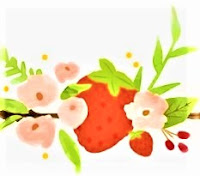