1686 Virginia Women through the Eyes of a Visiting Frenchman 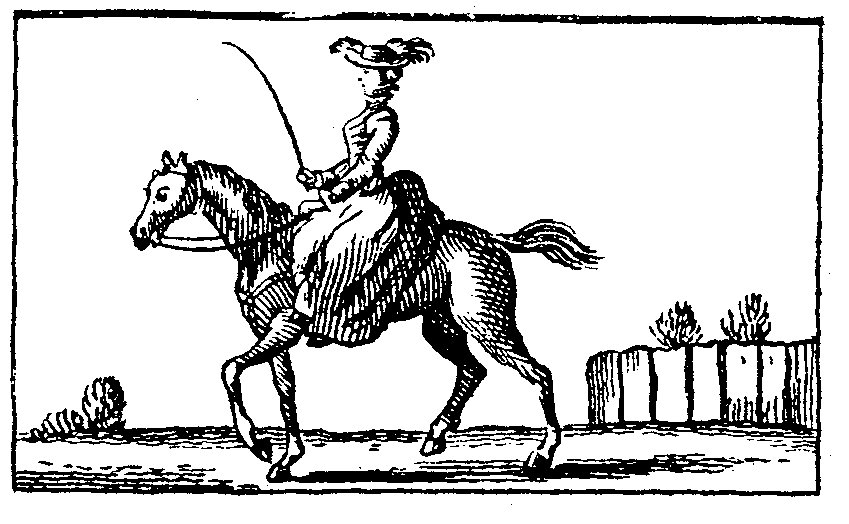 Louis XIV revoked the Edict of Nantes in 1685, ending French toleration of Protestants. Many French Protestants fled to other countries friendly to Protestants. In England, the Huguenots were seen as temporary refugees, waiting for French policies to change again. In the New World, however, the colonies were eager to recruit the Huguenots as permanent settlers. Virginia was land-rich and people-poor, and Protestant refugees were prime targets for expanding the local population.

One Huguenot refugee in Virginia during 1686, Durand de Dauphine fled France, arrived at the North River separating Mathews and Gloucester counties on September 22, 1686. The idea of settling in Virginia was intriguing to the Frenchman:

The land is so rich & so fertile that when a man has fifty acres of ground, two men-servants, a maid & some cattle, neither he nor his wife do anything but visit among their neighbors. Most of them do not even take the trouble to oversee the work of their slaves, for there is no house, however modest, where there is not what is called a Lieutenant, generally a freedman, under whose commands two servants are placed. This Lieutenant keeps himself, works & makes his two servants work, & receives one-third of the tobacco, grain, & whatever they have planted, & thus the master has only to take his share of the crops.

Occasionally Durand comments in his journal specifically about the women of Virginia...

Moreover, the Captain sold here all the women servants for tobacco...A
s we were crossing the river, which it was necessary to do here in boats, Mr. Wormeley said to me that there lived in this neighbourhood the widow of a worthy citizen; that she was only 30 years of age, good looking, without children, and that he knew that she wanted nothing better than to marry a person of quality; that he had great influence with her; that she had a good house, a plantation of 1,000 acres of land, and plenty of servants and cattle of all kinds; that it was only a league's distance, and if I agreed we might turn out of our way and he would propose me to her as a husband...the refuge of people who are unable to make a living in England. Taking ship, they are brought hither and sold for their passage. The country constitutes also the galleys of England, for those who have committed any crime short of hanging may be banished and condemned to service in America. It is also the refuge of bankrupts. As to women likewise, it is the refuge of those who have been convicted of picking and stealing or have lost their reputations for chastity...Each one is master in his own plantation. The gentlemen, whom they call squires, are greatly honoured and respected. Moreover, they have the best of manners and good faith. They serve nearly all the offices of honour or emolument in the country...When a man runs through his property he exhausts that of his wife also, and this is not unjust for the women show the way in drinking and smoking. They spend most of their time visiting one another.


With tobacco they buy lands, hire and buy cattle; and as they can secure all they want with this commodity they become so lazy that they even import from England their linen and their hats, their women's clothes and their shoes... her to make shoes, and flax to make linen. On arriving I saw as good and as fine flax growing in Virginia as there is in Europe, but they let it waste after having gathered it, because there is not a woman in all the country who knows how to spin...W
hen I went to church (all their churches are in the woods) I saw the parson and all the congregation smoking in the churchyard while waiting for the hour of service. When the sermon was over they did the same thing before separating. There are seats provided in the churchyards for this purpose. It was here that I saw that everyone smoked, women and girls and boys down to the age of seven years...Whatever their estates, for what reason I do not know, they build their houses consisting only of two ground floor rooms, with some closets and one or two prophet's chambers above. According to his means, each planter provides as many of such houses as he needs. They build also a separate kitchen, a house for the Christian (white indentured servants) slaves, another for negro slaves, and several tobacco barns, so that in arriving at the plantation of a person of importance you think you are entering a considerable village...When the women do their washing, if the clothes are not all dried the same day, they leave them out of doors sometimes two or three days and nights at a time.


(Robert Beverly explains these separate work houses in his History of Virginia, Book IV, Ch XVI,
"All their drudgeries of cooking, washing, dairies, etc., are perform'd in offices detacht from the dwelling-houses, which by this means are kept more cool and sweet."  And yet, even when they live not 500 yards from the church, they mount their horses to go there. The women ride like the men, always at a canter. I was astonished how they held themselves on.

A Frenchman in Virginia; Being the Memoirs of a Huguenot Refugee in 1686 Translated by a Virginian, by Fairfax Harrison Published: Originally in 1687
Posted by Barbara Wells Sarudy at 4:00 AM