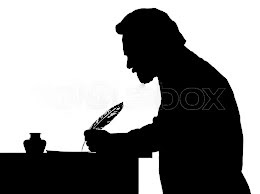 About the progress of the town--
but no mention of women...

Letter from ROBERT TURNER to WILLIAM PENN on 3 August 1685

Governour,
Having an opportunity by a Ship from this River, (out of which several have gone this Year) I thought fit to give a short account of proceedings, as to settlements here, and the Improvements both in Town and Country. As to the Country, the Improvements are large, and settlements very throng by way of Townships and Villages. Great inclinations to planting Orchards, which are easily raised, and some brought to perfection...

Now as to the Town of Philadelphia it goeth on in Planting and Building to admiration, both in the front and backward, and there are about 600 houses in 3 years time. And since I built my Brick House, the foundation of which was laid at thy going, which I did design after a good manner to encourage others, and that from building with Wood, it being the first, many take example, and some that built Wooden Houses, are sorry for it: Brick building is said to be as cheap: Bricks are exceeding good, and better than when I built: More Makers fallen in, and Bricks cheaper...and now many brave Brick Houses are going up, with good Cellars.

Arthur Cook is building him a brave Brick House near William Frampton’s, on the front: For William Frampton hath since built a good Brick house, by his Brew house and Bake house, and let the other for an Ordinary.

John Wheeler, from New England, is building a good Brick house, by the Blew Anchor; and the two Brickmakers a Double Brick House and Cellars; besides several others going on:

Samuel Carpenter has built another house by his. I am building another Brick house by mine, which is three large stories high, besides a good large Brick Cellar under it, of two Bricks and a half thickness in the wall, and the next story half under Ground, the Cellar hath an Arched Door for a Vault to go (under the Street) to the River, and so to bring in goods, or deliver out...

Thomas Smith and Daniel Pege are Partners, and set to making of Brick this Year, and they are very good; also, Pastorus, the German Friend, Agent for the Company at Frankford, with his Dutch People, are preparing to make Brick next year.

Samuel Carpenter is our Lime burner on his Wharf. Brave Lime Stone found here, as the Workmen say, being proved. We build most Houses with Balconies. Lots are much desir’d in the Town, great buying one of another. We are now laying the foundation of a large plain Brick house, for a Meeting House, in the Center, (sixty foot long, and about forty foot broad) and hope to have it soon up, many hearts and hands at Work that will do it.

A large Meeting House, 50 foot long, and 38 foot broad, also going up, on the front of the River, for an evening Meeting, the work going on apace. Many Towns People settling their liberty Lands. I hope the Society will rub off the Reproaches some have cast upon them. We now begin to gather in something of our many great Debts.

I do understand Three Companies for Whale Catching are designed to fish in the River’s Mouth this season, and find through the great Plenty of fish they may begin early. A Fisherman this Year found the way to catch Whiteins in this River, and it’s expected many sorts of fish more than hath been yet caught may be taken by the skilful. Fish are in such plenty that many sorts on trial have been taken with Nets in the Winter time: the Swedes laughing at the English for going to try, have since tried themselves. The River so big, and full of several sorts of brave fish, that it is believed, except frozen over, we may catch any time in the Winter. . . .

The manufacture of Linen by the Germans goes on finely, and they make fine Linen: Samuel Carpenter having been lately there, declares they had gathered one Crop of Flax, and had sowed for the Second and saw it come up well: And they say, might have had forewarder and better, had they had old seed, and not stayed so long for the Growth of new seed to sow again. And I may believe it, for large hath my experience been this Years, though in a small piece of Ground, to the admiration of many.

I thought fit to signify this much, knowing thou wouldst be glad to hear of thy People and Province’s welfare; the Lord preserve us all, and make way for thy return, which is much desired, not only by our Friends but all sorts.

I am, etc. thy truly Loving Friend, Robert Turner.
Posted by Barbara Wells Sarudy at 4:00 AM