Goodwyn (1640-1685) was a Church of England (Anglican) minister who served in both Virginia and Barbadoes. He was one of the rare voices of ministers calling for the religious education of African slaves. Goodwyn's sentiments would be repeated 20 years later, when the Society for the Propagation of the Gospel in Foreign Parts began to send missionaries to the colonies and encourage the conversion or religious training of slaves. 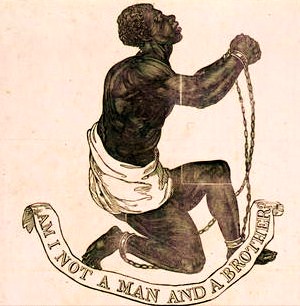 Before we enter upon this Debate, to prevent all troublesome Clamors and Objections against it, upon the score of lnterest, this Position should first be laid down, and as a Principle fixt and Eternal, and from which a true Christian cannot recede, be resolved on, (viz.) That no Interest how great or (otherwise) just soever, may be admitted to stand in Competition with Christianity. .

And here also in this Consideration, we are especially to avoid Splitting upon this Solecism, both in Policy and Discretion, and against which, Ecclus hath so wisely cautioned us, ch. 37, v.11. [Not to ask Counsel for Religion of one that hath no Religion, nor of Justice of him that hath no Justice] nor of a Coward about Matters of War, nor of a Merchant concerning Exchange, nor of a Buyer concerning selling &c. for such will counsel for themselves, ver. 8. So likewise for a Christian not to be guided or led by Self-ended Men, Enemies to his Profession, in these Debates and Proposals made for the Advancement of it. Such being only like to raise Obstructions, as hitherto they have always done; and (as lately) to render that for impossible, which has not the least difficulty in it, where a right Method is used for effecting it.

No more are we to proceed herein, by the sole Advice of Persons unacquainted with the true State and Condition of the places where this Settlement or Conversion is to be wrought. . . .

These things being agreed on, we must then fall to consider of the People amongst whom we are to take our lot, and thereto to have an especial regard: As, whether they be Slaves, subject to the English, such as most of the Negro's there are; or free People living of themselves, either amongst, or distant from the English; such as most of the Indians on the Continent (in Virginia, &c.) are. Or lastly, whether this is to be performed by way of further Settling and Establishment, even amongst the English themselves, which also is no less necessary. . . .

Now concerning the Negro's, whom I should think fit to be first taken in hand (as being the easiest Task, would their Owners be perswaded to consent thereto; & the most absolutely necessary, this neglect being the most scandalous, and withal, the most impossible to be defended or excused:) The first and great step will be to procure (what I but just mentioned) their Owners consent, as being to be supposed averse thereto: not altogether, as is here believed, out of Interest (it being already secured to them by Laws of their own but by reason of the trouble, and the fancied needlessness of the Work and to prevent all danger from their Slaves being furnisht with knowledge, consequent, they conceive thereto. However, because they pretend the other (and something there may be in that too,) to take off that pretence, it will be requisite,

I. That a Law be enacted to confirm such Laws of theirs, as are or shall be hereafter made to secure their just Interest in their Slaves; That they may thereby be continued in their present State of Servitude notwithstanding their being afterward baptised.

2. That all unjust Interests, and ungodly Advantages arising from their Slaves Sunday-labour and Polygamie (neither of them sufferable among Christians) be upon severest Penalties prohibited; and this as well to the unbaptised, as to the rest. . . .

These pretences being thus fairly removed, if any Aversion still remains (as 'tis feared there will, and that for the truest Reasons above mentioned,) they must afterwards be invited thereto by good Sermons & Books, Preacht and Writ upon this Subject, and by discoursing with them in private. As also by the Example of the Ministers themselves in their Families. And lastly, (and which will do more then all the rest) by Encouragments from the Government.

Another way, and which 'tis possible might prove most effectual, would be to get this impiety decryed here in England, where our Planters have an extraordinary Ambition to be thought well of, and thereby to shame them into better Principles. . . .

Now for the Planter's late Objections against this Work, as I have heard them represented (and I believe they are the best they had), . . .

I. They object their Negro's want of English; Whereas 'tis certain that there are some thousands of them, who understand English, no worse than our own People. Let them begin with those.

2. That it would make them less governable; the contrary to which is experimentally known amongst their Neighbours, both French & Spaniards in those parts. Now 'twould be too great a blemish to the Reformation, to suppose that Popery only makes its Converts better, but Protestancy worse; as this Allegation being admitted, it must be granted. And to prevent any fond conceit in them of Libertie, (an especial Branch of the same Article,) if there be any such danger, let two or three of each great Family be first baptised; whereby the rest seeing them continued as they were, that Opinion would soon vanish: . . .

3. As for their pretended Aversion to Christianity, the contrary thereto is known of most of them. And tho it is to be confessed that some are more careless and indifferent (having bin taught by the English to be needless for them) yet for the general they are observed to be rather ambitious of it. Nor, I dare affirm, can any single Instance of such aversion in any one of them, be produced.

4. As to their (alike pretended) Stupidity, there is as little truth therein: divers of them being known and confessed by their Owners, to be extraordinary Ingenious, and even to exceed many of the English. And for the rest, they are much the same with other People, destitute of the means of knowledge, and wanting Education.

5. One thing more there remains to be added, of which, tho they may be most afraid, yet they carefully keep it to themselves, and that is the possibility of their Slaves Expectation, not of Freedom, but of more merciful Usage from them. . . .

Yet now after this, if difficulties shall still be urged, (as no doubt but there will) and this Work upon that stale pretence must be further neglected and deferred; I shall in opposition thereto, be bold to make some few demands: As, what those difficulties should be, which are so much greater, it seems, than those our Ancestors encountered with, even in Pagan Regions, and happily overcame? Whether we ever tryed how difficult the Work was, thereby to satisfie our selves, whether (indeed) it be such as it is apprehended (or, at least, pretended?) And whether such a trial would not justify us more, than thus, without trying, to conclude it Impossible ? . . .

In short, there is nothing upon Earth more feasible than this Design, were it but heartily undertaken, and, as I have said, a right Method used for the effecting of it. . . .