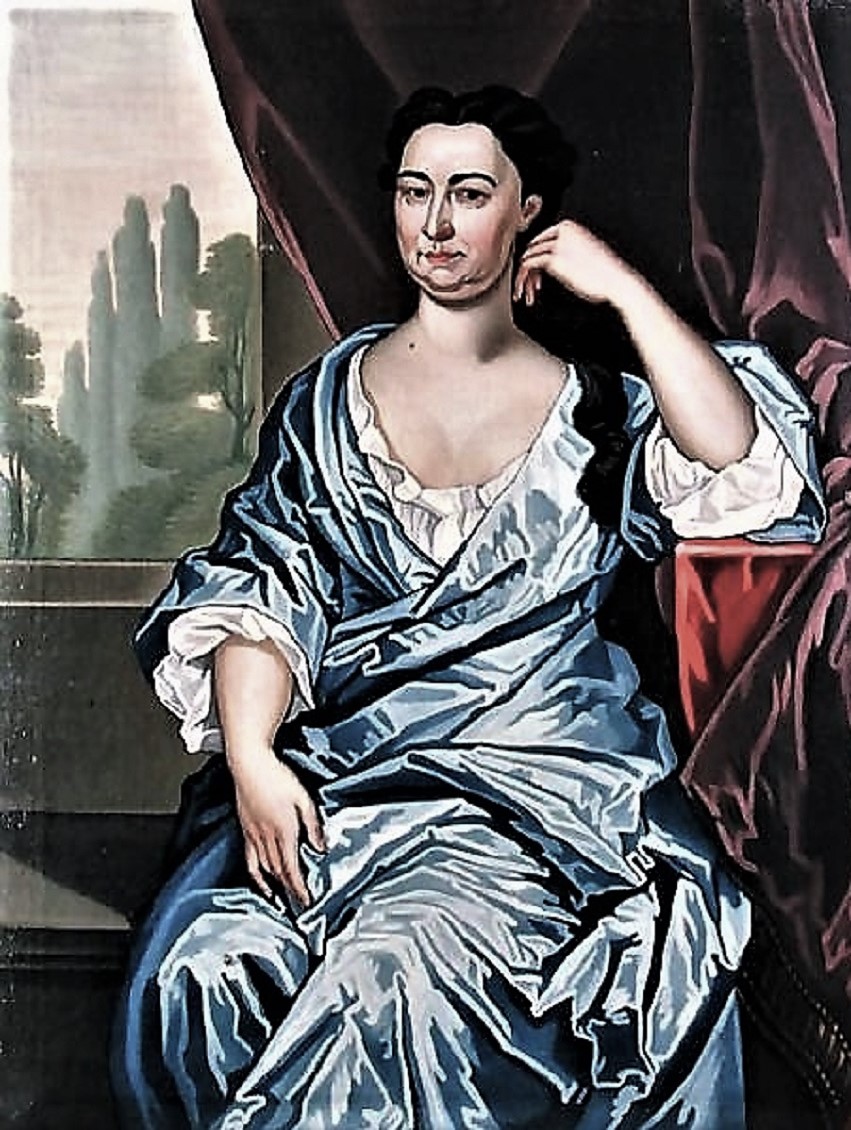 Maria van Cortlandt was born in 1645, the daughter of the merchant Oloffe Stevense van Cortlandt and Anna Loockermans of New Amsterdam. In 1662, she married Jeremias van Rensselaer. She was only 17, but wrote his mother, "You may think perhaps that she is still a little young and therefore not well able to take care of a household. She is only entering her eighteenth year, but nevertheless we get along very well in the household." After they were married, the young couple settled in Albany in the Rensselaerswyck patroon house consisting of two cellars, two rooms, and an attic.

In May 1663 Jeremias wrote to his brother in Holland: "You may perhaps be longing to hear whether we have any baby yet. My answer is no, but that my wife is pregnant and that, please God, she will be in childbirth in two or three months at the longest." Maria gave birth to Kiliaen, named for his grandfather, the following August. When Jeremias died in 1674, Maria was responsible for the care of 5 children under the age of 11; and she was pregnant with her 6th child. After giving birth, she became lame, walking with crutches for the rest of her life.

In addition to 6 young children, Maria van Rensselaer had mounting debts and needed to secure a land grant that would guarantee family possession of the almost 24 square miles of the Rensselaerswyck property. Jeremias's younger brother, Nicholas, tried to take over the estate. With the help of her father and brother, she reached a compromise whereby Nicholas was appointed director, van Rensselaer was elected treasurer, and her brother Stephanus served as bookkeeper.

When Nicholas died in 1678, his widow married Robert Livingston, a member of a prominent New York family. Livingston immediately tried to force division of Rensselaerswyck among various heirs until 1685, when he and the van Rensselaers agreed upon a settlement.

Throughout these turbulant years, van Rensselaer remained in charge of the day-to-day running of the estate. She oversaw the leasing of farms to tenants. She also bought and sold land, wheat, and cattle, and maintained houses, barns, mills, and fences. In addition, "to keep up the dignity of the colony," she entertained distinguished visitors such as the governor. Her most important responsibility, however, was ensuring a future for her children.

Since Jeremias did not provide for his family in his will, Maria sent Kiliaen to be apprenticed to (learn a trade from) a New York silversmith. Two of her other children went to New York City to live with her parents. All of the children eventually married well, and Kiliaen became the sole owner of Rensselaerswyck in 1687. Maria died in 1689, at the age of 43, with the most valuable estate in the colony.

During the turmoil to retain her estate, in 1680, Dutch travel writer Jasper Danckaerts (1639-c 1703) called on Maria van Rensselaer at her estate, Rensselaerswyck, near present-day Albany, New York. Danckaerts wrote in his journal,
We went to call upon a certain Madam Rentselaer, widow of the Heer Rentselaer, son of the Heer Rentselaer of the colony named the colony of Rentselaerswyck, comprising twelve miles square from Fort Orange, that is, twenty-four miles square in all.

She is still in possession of the place, and still administers it as patroonesse (female proprietor), until one Richard van Rentselaer, residing at Amsterdam, shall arrive in the country, whom she expected in the summer, when he would assume the management of it himself.

This lady was polite, quite well informed, and of good life and disposition. She had experienced several proofs of the Lord. The breaking up of the ice had once carried away her entire mansion, and every thing connected with it, of which place she had made too much account. Also, in some visitations of her husband, death, and others before. In her last child-bed, she became lame or weak in both of her sides, so that she had to walk with two canes or crutches. In all these trials, she had borne herself well, and God left not Himself without witness in her.

She treated us kindly, and we ate here exceedingly good pike, perch, and other fish, which now began to come and be caught in great numbers. We had several conversations with her about the truth, and practical religion, mutually satisfactory.

We went to look at several of her mills at work, which she had there on an ever-running stream, grist-mills, sawmills, and others. One of the grist-mills can grind 120 schepels (90 bushels) of meal in twenty-four hours, that is, five an hour. Returning to the house, we politely took our leave. Her residence is about a quarter of an hour from Albany up the river...