A Year in the Life of Thomas Minor, Connecticut Farmer, 1668. 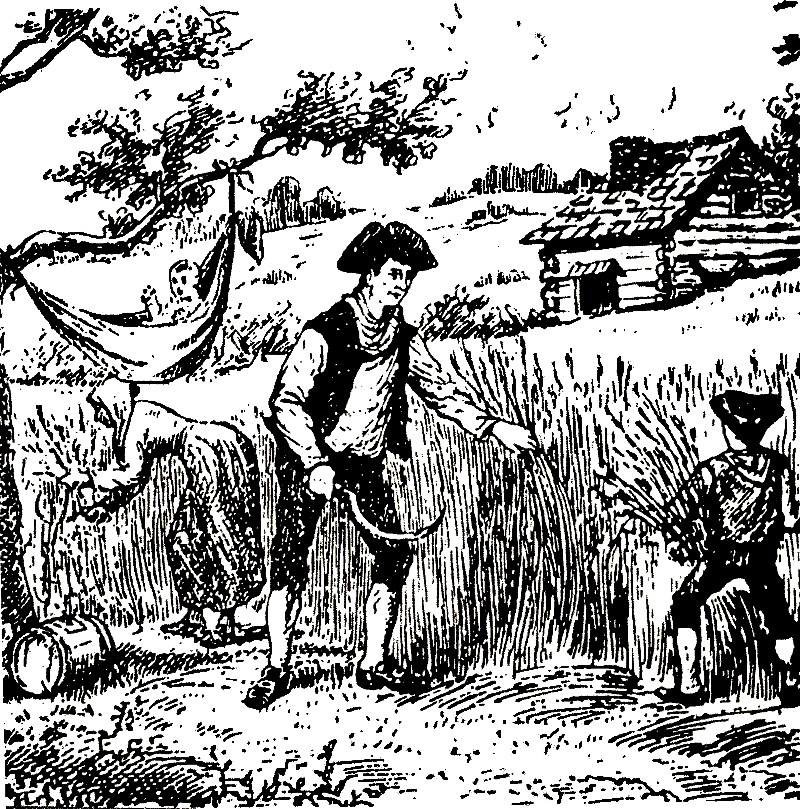 Before he moved to Stonington in 1653, Minor was born in 1608 in Chew Magna, Somersetshire, the son of Clement Minor. About 1630, he sailed on the Lyons Whelp & landed at Salem.  After several moves he settled in Charlestown, where he became a founding member of the First Church in 1632.

He married Grace Palmer, daughter of Walter Palmer, & they soon moved to Hingham.  After 14 years in Massachusetts, the family joined John Winthrop, Jr., in the settlement of Pequot (New London) in 1646. There he held important offices, most for several terms: assistant magistrate, sergeant in the New London Train Band, New London deputy to the Connecticut Court, & judge. 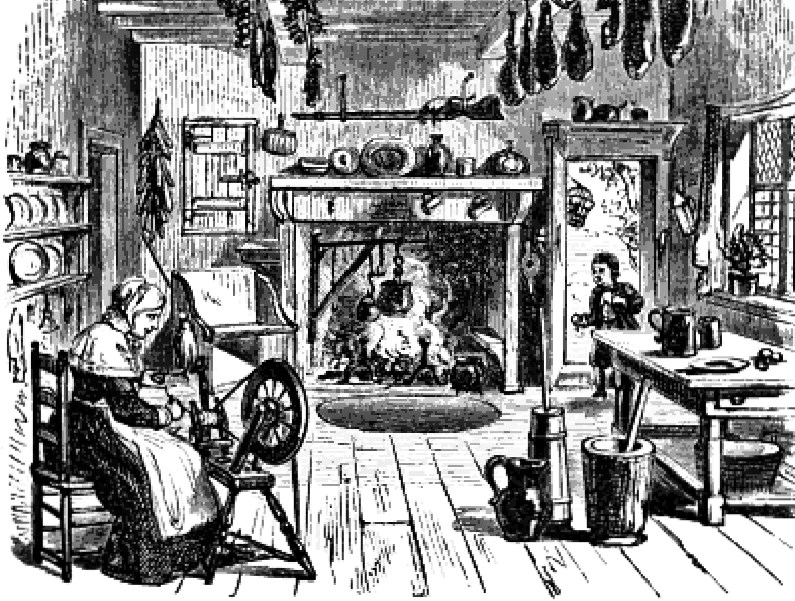 Agriculture provided an important context for Minor's relations with his wife & sons, with nature, & even with a sense of his own mortality. Minor emerges as someone less interested in calculating profit & loss on his farm than in accomplishing a hard day's work as a steward of the land that he hoped would support his family for generations to come.

He was elected Stonington deputy to the General Court 4 times, town clerk twice, & selectman 9 times. He was often asked to participate in Indian negotiations & was constantly required to lay out boundaries for land grants. In his diary he wrote:  "The 24th of Aprill, 1669, I Thomas Minor am by my accounts sixtie one yeares ould I was by the towne & this year Chosen to be a select man the Townes Treasurer The Townes Recorder The brander of horses by the General Courte Recorded the head officer of the Traine band by the same Courte one the ffoure that have the charge of the milishcia of the whole Countie & Chosen & the sworne Commissioner & one to assist in keeping the Countie Courte." 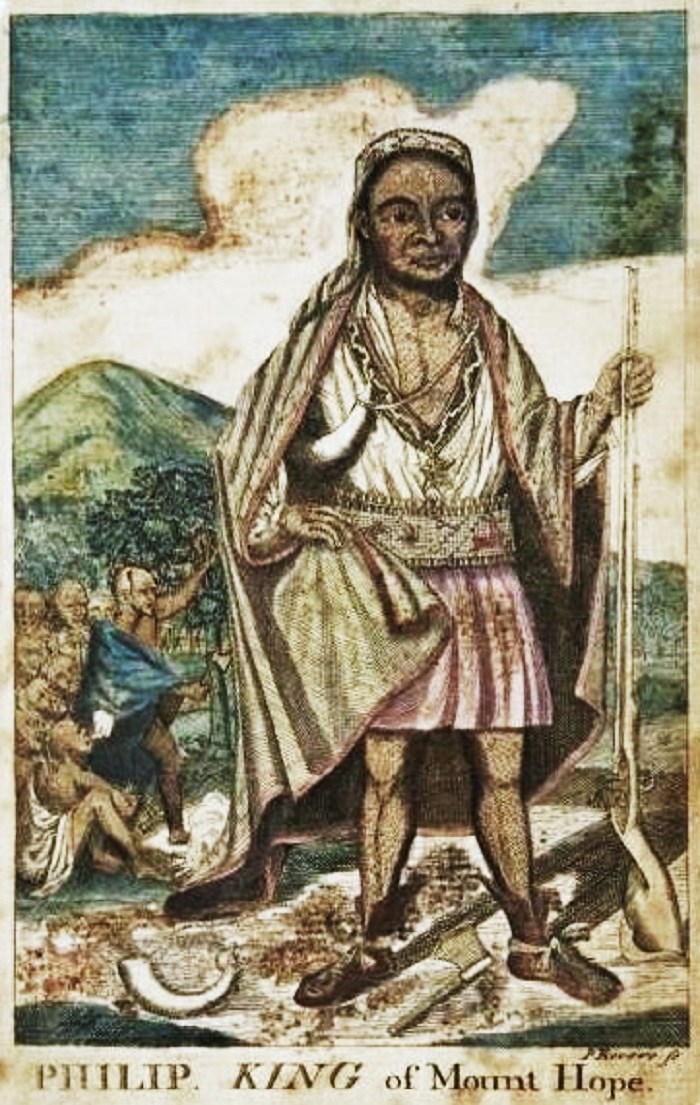 He was the town's chief military officer; & in 1676, when King Philip's War started, Lieutenant Thomas Minor, then 68 years old, picked up his musket & marched off to battle accompanied by several of his sons.  In 1675, the Wampanoag Metacom (known as King Phillip in England) launched a massive attack against the Puritans in an attempt to save his people’s way of life. King Phillip organized a large army which included many disgruntled members of other New England tribes. His armies nearly obliterated some British American settlements near Plymouth & in western Massachusetts. 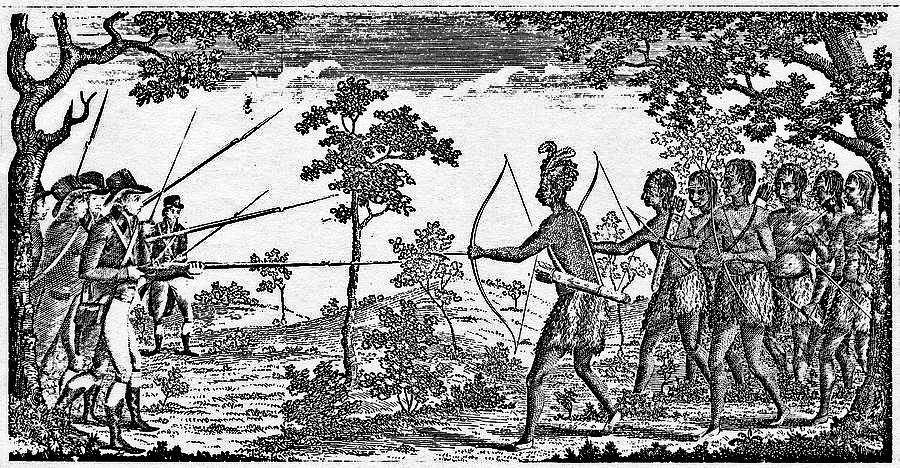 Minor lived in Stonington 38 years, much longer than any other early settler, dying in 1690, at the age of 83.

For over 30 years (1653-1685), Thomas Minor kept a diary recording his activities as a farmer in Stonington, Connecticut. This diary is a journey into the world of the colonial years in New England leading up to & immediately following King Philip's War (1675-1676).  Although it rarely gives details, it does offer a glimpse into his daily family life & community activities. Thomas records many births, marriages, & deaths among his neighbors. His journal served as a calendar & a record of planting, harvesting, & of unusual weather conditions. This journal selection records one year in Minor’s life. He began the year in March, as people in England & New England did until the mid-18C. While his spelling is sometimes difficult to read, the journal probably shows how Minor pronounced his words.

1668 Journal of Thomas Minor
1668
The first month is march & hath .31. d: sabath day the first and in the first after the leap yeare and from the Creation .5617. and the yeare .1668. and the 20th yeare of the reinge of our lord King Charels the second the .6. day Thomas Tracie and leaffingwell was heare the .7. dai I branded .2. Coults [colts] I sowed hemp & pease in the orchard sabath day the .8. day: sabath day the 15. The 13. I was at mr palmes I had A barell of mallases [molasses] wensday the 18. we made an End between Jossepth & Marie Averie monday the 30 day I ffecthed [fetched] my wifes mare and 26. day Thursday we trained fryday .31.

The second moneth is Aprile and hath 30 days wensday the ffirst we sowed pease in the plaine & wheate: the 7. day we had a towne meeting wensday the .8 I gardned the .9 day I mended the Brige & was at Tagwoncke The 14. day it snowed and the 15 day being wensday ye 16 day we plowed ffor segamoot in the plaine The 20 day mr Brewster and mr star was heare I marked the red mares Coult wensday the .22. I sowed fflax the 23 I was with mr noyce to pay him it was wet.

The third moneth is may and hath .31. days ffriday the first Thursday I was at black hall [Black Hall, a coastal town west of Stonington] John [his son] came hither ffriday the 8. the .11. day I was at norig [Norwich] and burnt my bill: the 12. day John went Away I was to goe to the Court the 14 day was the Electun [election] ffriday the 15 The 17 day I was sicke the 22 I was at Courte the being ffriday monday 25 I came whome [home] the 30 day I paid thee firkin of buter to badcok sabath day 31.

The 22 of June 1668 Ephraim his son was borne. < p>The fouerth moneth is June and hath .30. days monday the ffirst: The .4. I came from new london the same day I received .3 letters ffrom bristoll & monday the 8 I was caring wood the tenth I was lookeing horses Monday the .15 hanah [his daughter] went to Tagwonck The same day was a towne meeting to Chuse a Constable Thomas wheeler was Chosen my lot drawne and the 18 day we ended all about our ffarmes agedowset his five ackers [acres] laid out and he and I exchanged monday 22. the 23 day I was branding horses 24 day my wife came whome sicke ffrom Tagwouncke monday 29 I had mowed most of my orchard Tusday the 30 I was to go to New london we Killed the catle.

July is the fift moneth and hath .31. days wensday the first Thursday mr hill was maried the second day wensday the 8. I was at Crandals mill ffriday the .10. we had our ffloore laid I had ffouer loads and halfe of hay in the baren wee wer [sentence unfinished] Tusday the 14 Cap denison nehemiah palmer & Tho minor was Chosen to make the Contrie Rate and lists the 15 day we made the Contrie Rate being wensday the 17 day I was at pocatuck [Pawcatuck] the 20 day monday Josepth [his son] had Twentie six shillings of wamppum and wensday the 22. 23 I had 2 load of pease into the barne the .25 day saterday we had all our oates & pease into the barne Rachell mason was heare wensday 29. Tho bell came to worke my wheat came all downe ffriday 31 I was at badcoks

The sixt moneth is Agust and hath .31. days saterday the ffirst we tooke all our fflag out of the water the ffifte day wensday I was at Crandals mill saterday the .8. Crandall and his wife was heare we had Ten load of hay whome monday 10 I went to bostowne with the oxen saterday the 15 monday the 17 I came whom from bostowne and saterday 22 I ffecthed the litel Reeck with the .2. steer: and The .27. we had ale our hay whome. 28. we gathered aples saterday .29. I writ letters to Bristoll monday 31.

The seventh moneth is september and hath .30. days Tusday the ffirst saterday the .5. we set up the place for to put corn in monday the 7 we gathered hops Tusday the 8 Thomas perke was heare The 11 I was at new london monday the 14 the Towne meeting about parkers land Tusday the 15. the 17 day I was at the Courte saterday I came whome Tusday .22. the Jurie was discharged Thursday the 24 was our Traing day: .36. was ffined when we came to the Top of the greate hill we met Thomas perk and his sonn Thomas perk and Robert holmes it Rained and wensday the 30 we made an End of carring of indean corne

The Eight moneth is october and hath .31. days Thursday the ffirst the secon day wee chose deputees p’fected our list: mr Richerdson discovered Captaine gookin his horse the .8. day John his wife and Children was heare my wife and I was at london and let the Catele to John keny Thursday the .15 ffriday the 16 John & the Rest went away the 7 day of this moneth John ffish was hurt and Thursday The 22. I make an End of Shuflin in the yard the .18 day mr Thorneton Taught heare thursday .29. we wer to traine

The ninth moneth is november and hath .30. days and sabath day the ffirst The 4 day we delivered the mares to nathaniell Cooper sabath day the .8. mr noyce came whome the 9 day I sent to John and sabath day the 15 the 16 day we broke our wheel Caring muck the 17 day we gathered Turneps we had bushels wensday the 18 was A day of Thanksgiving sabath day 22 the high Tide was sabath 29 mr noyce apoynted the 30 day of december to be a day of ffasting and debate being wensday month and munday the 30 we laid out 300 ackers of land ministrie

The tenth moneth is december and hath .31. days Tusday the ffirst we laid out 200 ackers of land for the ministry The third day the .2. snow and Elisha Cheesbroughs son was borne the 6 day my wife ffell of the mare at the Cart brige the 7 day we looked land the 8 day Tusday I was at the Captaines and gallops the 15 day tusday the 3. snow I begun to thresh and wensday the 4 snow my sons went to new london Tusday the .22. I was at new london Thursday .24. I arested shumatuck 26 day williams was heare

The leventh month is Januarie and hath .31. days ffriday the ffirst and ffriday the eight I tooke up my bay horse The 13 day mr noyce Captaine and his wife was heare the 14 day Ephraim and marie was heare and ffecthed wood the ffifteen ffriday The 20 day wensday The meeting was at our house ffriday 22 The snow melted all away the 23 day we ffecthed wood ffriday the 29 and sabath the .31.

The 25 day of ffebruarie .1668. there was due to me Thirteen shillings from Thomas bell.

The Twelvth moneth is ffebruary & hath .28. days monday the ffirst: this is the yeare of our lord god .1668. from the Creation .5617. and the first after the leap yeare: and The .20th yeare of the Reinge of king Charles the second the .2. day a towne meeting about mr Richarson building upon marshall wights land the same day I was Chosen Towne Treasurer the third day I was at london and paid the marshall the 8 day monday we wer laing out an acker of land at beaporton the ninth day we sent .4. gallons of oyle to goodwife Cheesbrough the 15 day I was with mr noyce at london monday 22 the 24 I was at poquatuck with mr noyce The 25 day Thursday mr Richardson cried out murther The 27 day I was at new london sabath day 28