Portrait of an 17C Boston British-American Woman and her Daughter 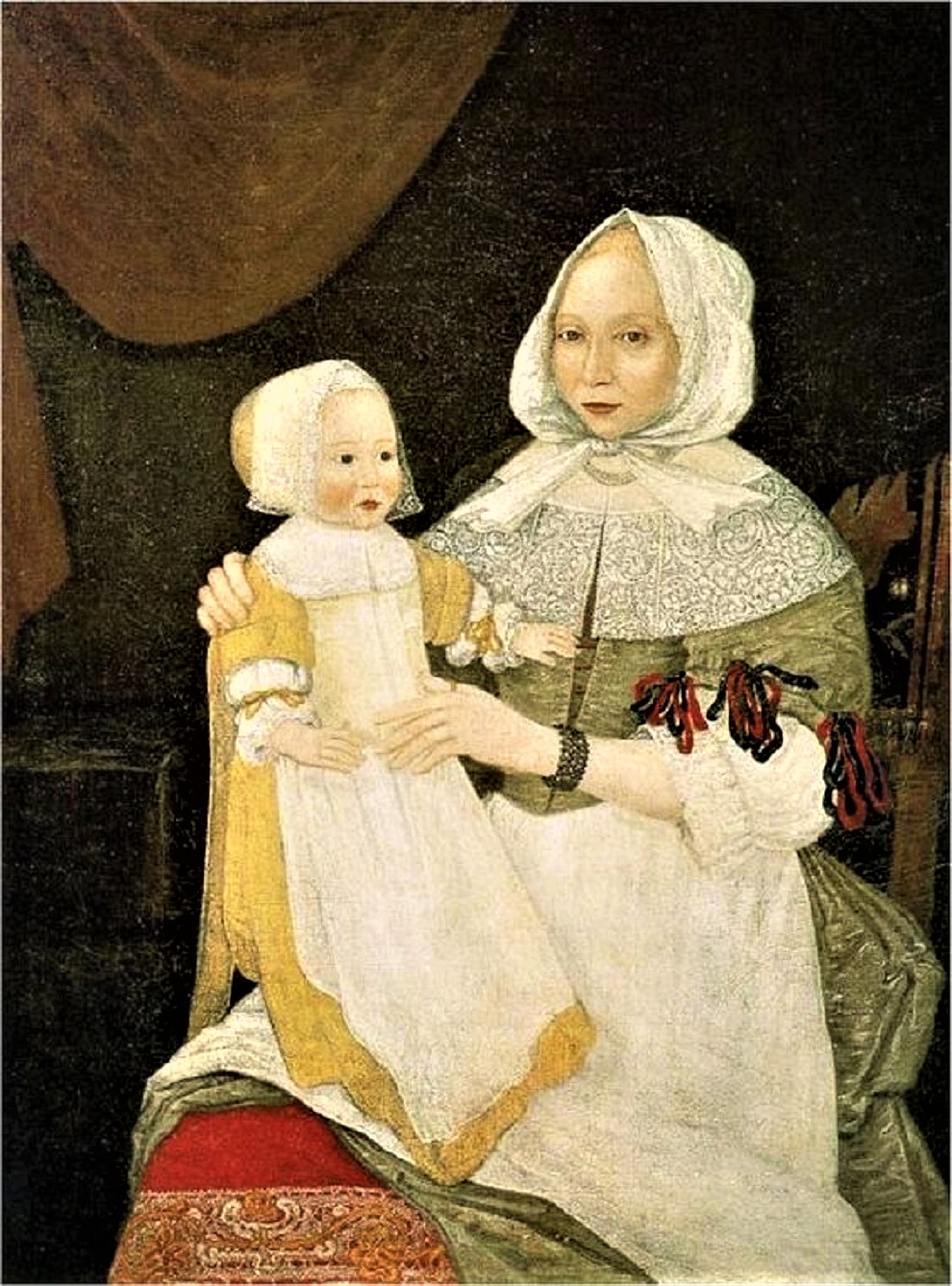 The artist depicted Elizabeth Feake, in a way that highlights her conservative wealth—and thus her favorable position within the eye’s of God—and her religious moderateness. Elizabeth wears unexpectedly fine attire. A small amount of blond hair is visible underneath her white lace hood. That hood brings visual attention to the white collar and the striking white lace that covers most of the bodice of her silver taffeta dress. Underneath her skirt is a striking red-orange velvet underskirt that is embroidered with a gold, lace-like pattern. She wears a white blouse that features lace cuffs on the sleeves, while red and black bows provide a visual splash of color and contrast against an otherwise somewhat achromatic ensemble. Elizabeth’s portrait is filled with baubles that speak to their affluence and to the family’s growth. She wears a triple-stranded string of pearls about her neck, a gold ring on her finger and a four-stranded garnet bracelet can be seen on her left thumb and wrist. She sits on a fashionable chair, and a Turkey-work rug can be seen resting on the back of the chair. Although Elizabeth currently holds her infant Mary, radiograph x-ray photography shows that she originally held a fan. That the painting has been modified—fan out, new baby who wears a fashionable dress in—demonstrates the relatively extravagant cost of having a portrait commissioned in the seventeenth century. It was more practical to have your daughter painted into an old portrait than to pay for a new one.
Posted by Barbara Wells Sarudy at 4:00 AM