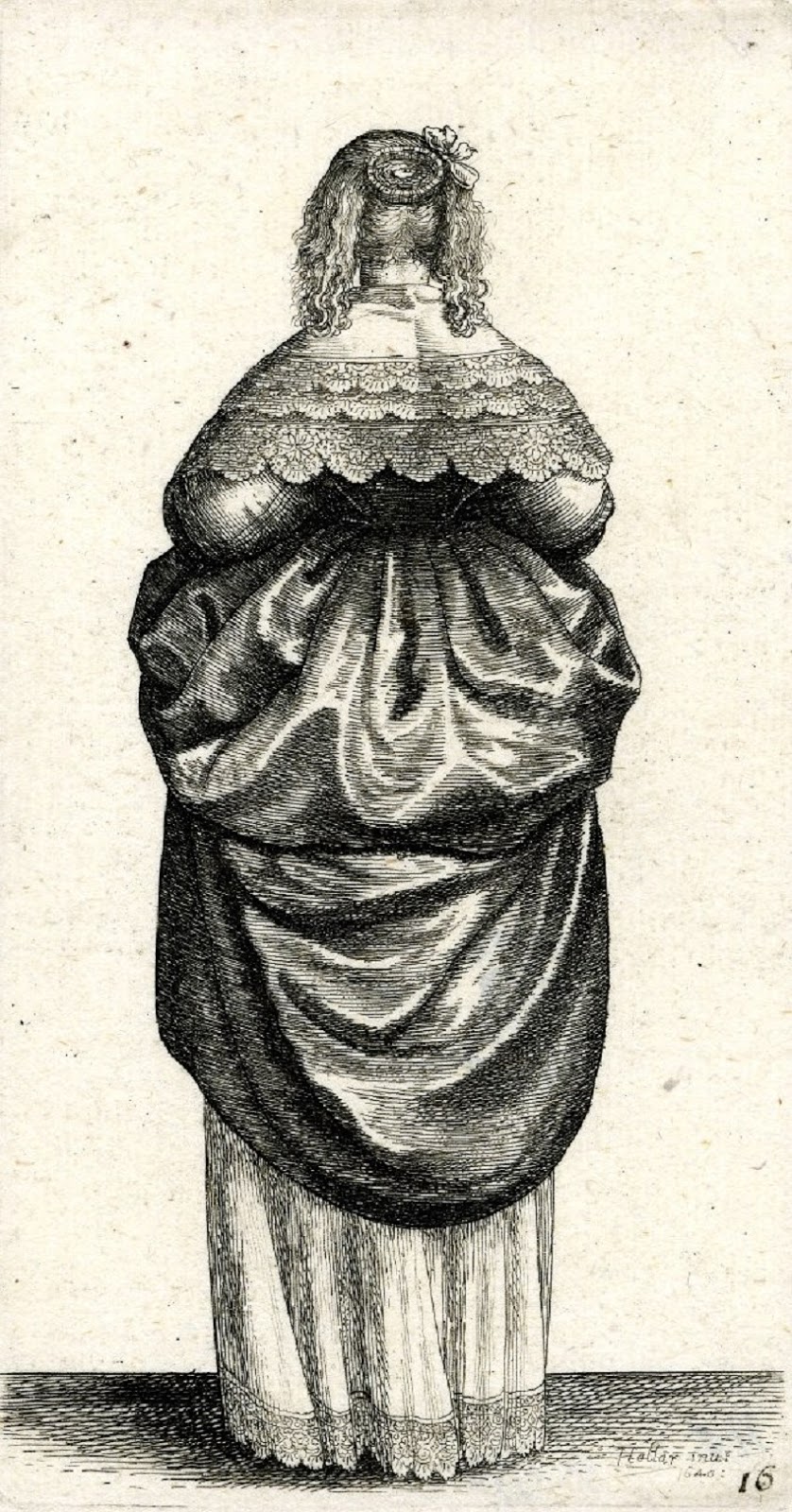 Wenceslaus Hollar (Czech artist, 1607-1677)  'Ornatus Muliebris Anglicanus. The severall 'Habits of Englishwomen, from the Nobilitie to the 'Country Woman, as they are in these times. 1640.'  An English lady with wavy hair standing whole length to right, holding a feather fan in her left hand; wearing a veil over her face, gown with broad collar, and gloves.

We have few depictions of women in the 17C British American colonies, but the prints by Wenceslaus Hollar (1607-1677) allow us to see the hairstyles & fashions being worn on the other side of the Atlantic during the early years of the English colonization of America. The artist Hollar was born in 1607, the son of an upper middle-class civic official. He left his native Prague at age 20. He was almost blind in one eye but became a skilled artist. His 1st book of etchings was published in 1635, in Cologne, when Hollar was 28. The following year his work caught they eye of English art collector the Earl of Arundel who visiting the continent.  Hollar became a part of his household, settling in England early in 1637. He left London for Antwerp in 1642, where he continued to work on a variety of projects for 10 years.  In 1652, he returned to England, working on a number of large projects for the publishers John Ogilby & William Dugdale. Hollar died in London in1677. By his life's end, he had produced nearly 3000 separate etchings.
Posted by Barbara Wells Sarudy at 4:00 AM