Marriage & Divorce + a few Housekeeping Rules in the Plymouth Colony (1627) 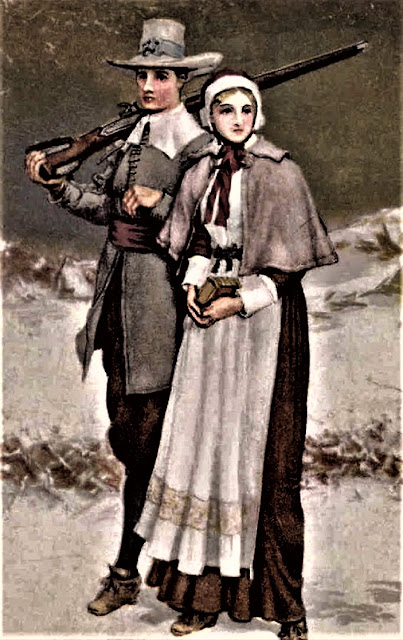 The Plymouth Colony created an innovative form of civil marriage. This form of marriage replaced reliance on church authorities for handling the approval & administration of marriages. Parental consent was required for a civil marriage. If consent of the parents could not be obtained, the prospective spouses could seek consent from the Governor or an Assistant to whom they were known & who would be responsible for ensuring that the marriage was a proper & wise undertaking. The process for this civil marriage included public notice, either by announcement at public meetings, or by a written notice by the Magistrate which would be posted for 15 days before the marriage could be finalized (or "solemnized").

Few divorces were granted in the Plymouth Colony as there were few reasons adequate to end a marriage. There were 3 possible grounds for divorce: bigamy, impotence, & adultery. Of these reasons, only one, impotence, faults the husband for the divorce. Therefore, if divorces were granted on grounds of bigamy or adultery, most likely the wife was blamed.  One case in the records involves William Tubbs & his wife Marcye. William solicited the court for divorce, claiming she "sequestered herselfe from him & will not be pswaded to returne to him." Since Marcye's actions violated regular cohabitation, one of the 3 obligations of married couples, the court granted him a divorce a month after his original request. Divorce placed women in an ambiguous situation. They were neither married, nor single, nor widowed, & therefore did not fit into any of societies conventional roles for women. Because divorce gave women an uncertain social status, in addition to violating the sacred institution of marriage, divorces were uncommon & generally not desirable within the Plymouth Colony.

A variety of laws were passed requiring that each family household be maintained in certain ways. For example, specific rules on house construction were issued in 1627, stating that "no dwelling house was to be couered with any kind of thatche, as straw, reed, [etc.] but with either bord, or pale [&] the like; to wit: of all that were to be new built in the towne." Similarly, each household was required by law to maintain a ladder on the property, to be readily available for use in fighting house fires. Each household was also required to participate in the defense of the Colony, & would have certain allotments of arms & munitions assigned to it.

Research from The Plymouth Colony Archive Project. Created by James Deetz (1930–2000), Patricia Scott Deetz at The University of Illinois at Urbana-Champaign.
Posted by Barbara Wells Sarudy at 4:00 AM