The Lost Colony OR a "Hidden" Secret Treasure of Botanical Riches? - Harriot, Ralegh, & the Temptation of Sassafras 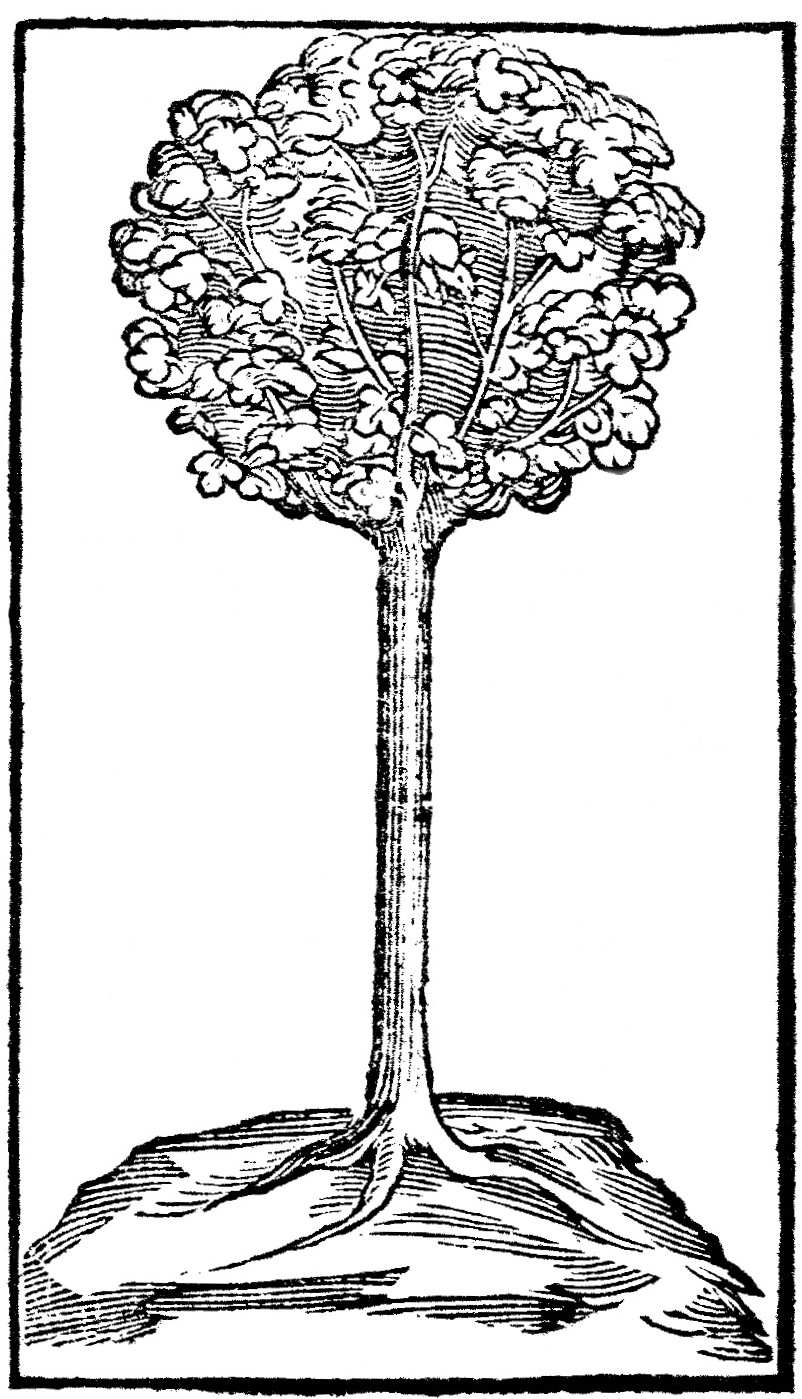 Thomas Harriot's (1560-1621) life up to his teenage years is kind of a mystery.  But at 17, the Oxford County commoner pops up studying at the University of Oxford. Harriot got his degree in 1580 at St. Mary's Hall, & headed for London, where he was hired by Sir Walter Ralegh. By 1585 he was sailing for Virginia as a scientist/cartographer in Ralegh's expedition. On returning in 1586, Harriot wrote of his impressions of Virginia & its natives, A Briefe & True Report of the New Found Land of Virginia, published in 1588. He had taken meticulous notes & made remarkably accurate drawings of the wildlife, fauna, & natives of the New World. Ralph Lane (c1530-October 1603), was also part of this expedition & wrote the introduction to Harriot's book

Next Harriot had joined Ralegh in Ireland, which the English were colonizing at that time. In 1598 he left Ralegh & entered the service of Gunpowder Plotter William Percy, 9th Earl of Northumberland, who gave him a pension & living quarters near London for the rest of his life.  Except for A Brief & True Report, Harriot published no books. At his death he left a large number of manuscripts on various scientific subjects: optics, algebra, & astronomy.  Although Harriot shared his observations with a group of correspondents in England, he did not publish them. One interest of Harriot is seldom mentioned. From his trip to Virginia it appears that he was enthusiastic about importing medicinal plants & sassafras from America. He speculated that sweet gum & other apothecary drugs would be an important source of revenue. And he appears to be right.

In their 1996 paper, Breadcrumbs:  Facts & Clues Regarding the 1587 “Lost Colony,” researchers Frederick L. Willard, Phillip S. McMullan, & Kathryn L. Sugg suggest an alternative motive for the disappearance of the colony.

The North Carolina researchers relate that the importation of Virginia sassafras into England brought enormous monetary profits before the London market became flooded early in the 17th century.  A letter of Ralph Lane to Richard Hakluyt, 1585: “And we have found rich commodities & apothecaries & drugs."  Richard Hakluyt (1553-1616) was an English writer known for promoting the English colonization of North America through his Divers Voyages Touching the Discoverie of America & The Principall Navigations, Voiages, Traffiques & Discoueries of the English Nation.

In A Brief & True Report, Harriot mentions secret commodities, but he would not divulge their location to those who did not wish him well: “Two more commodities of great value one of certaintie, & the other in hope, not to be planted, but there to be raised & in a short time to be provided & prepared, I might have specified. So like wise of those commodities already set downe I might have said more; as of the particular places where they are founde ----; But because others then welwillers might bee therewithall acquainted, not to the good of the action, I haue wittingly ommited them: knowing that to those that are well dsposed I have uttered, according to my promise & purpose, for this part sufficient.”  In his list of commodities, he writes the word Sassafras but leaves the description blank.

Richard Hakluyt wrote to Sir Walter Raleigh letter in 1587: “One of your followers knows about the ‘certain secret commodities’ already discovered by your servants.”  At that time, the most promising commodity for export from the Roanoke Colony was sassafras.  John Brenton wrote to Sir Walter Raleigh, 1594: “A company of men manned a new ship & were paid weekly wages to ensure they would not go after ships for plunder, & they are to secure sassafras & instructed to seek out the 1587 colony.”

Apparently, many voyages to acquire sassafras are documented from 1587 to 1590.   Almost all of these voyages are associated with Sir Walter Raleigh, who had invested large sums of money in the ventures & knew about the secret commodity of sassafras.

In Seville Dr Nicolas Monardes, (1512-1588) described sassafras as having "the smell of Fenell, with muche sweetenesse of taste, & of pleasaunt smell insomuch that a little quantity of this Wood being in a chamber, filleth the ayre conteined in it, & the rinde hath some sharpnesse of taste the inner part hath little smel, the hogher part that containeth the bowes hath leaves: the which be greene after the manner of a Figge tree, with three poyntes. . . . They bee of collour a sadde Greene, & of a sweet smell, & muche more when they be dry. The Indians use to lay them beaten or stamped upon bruises, or when any man is beaten with dry blowes: & being dried they are used in medicinall thinges...At first we were given a fragment of this wood by Franciscus de Zennig, a most diligent pharmacist in Brussels, & a very good friend of mine. But in the past few years, large fragments were sent from London by other dear friends, C. V. Richard Garth, Hugo Morgan the royal pharmacist, & Jacob Garet, to me in Vienna, & these fragments were by the pound. Their smell & flavor indeed resembled fennel; once tasted however, they seemed to give a flavor more of that plant commonly called Draco, known to some as Tharco, known to makers of vinegar, & much more its bark. The wood with its bark is so similar to Tamarisk that if its smell & flavor didn’t prevent it, it could be taken for it. Its bark is blackish on the inside where it adheres to the wood, & is lavis. On the exterior, it is wrinkled & turns red from ash. This wood has begun to be more common then, & to be brought as almost entire tree trunks. But it has been learned that it also grows in Wingandecao, called Virginia by the English, who occupy it, & that from there, the boughs of this tree have been brought to England."

There appears to be a consignment of Sassafras in 1603 from Raleigh to Nurnberg:  September 10, 1603: Sir William Waad, Clerk of the Privy Council wrote to Cecil, enclosing a letter which had been intercepted on its way to Raleigh, who had been arrested on July 15th for treason. Information in it indicated that some of his American sassafras, consigned to Nurnberg for sale, had failed to arrive at its destination. The sassafras in question was several hundred weights.

From 1588 to 1608 hundreds of ships were sent out under Raleigh’s command or by investors in the Roanoke Colony, to seek reprisals & allegedly to search for the Lost Colonists.  The voyages that are known to have reached the Outer Banks & returned with sassafras are as follows:

The ship’s log of the Primrose, one of Drake’s ships that relieved the 1585 colony, has notations that there are large amounts of sassafras stored in the hold to take back to England, & that sassafras was the most valuable commodity in all of North America.

From 1600 to 1605 Samuel Mace is documented on five voyages to find the Lost Colony, & to trade copper for sassafras. He claimed he landed south of Roanoke & had to turn back every time because of “foul weather” (and yet he returned with sassafras every time).

Captain Martin Pring was sent in ships to find sassafras in 1603: On April 10, 1603, a Captain Martin Pring, in command of the Speedwell & Discoverer, sailed to North America & returned with their holds full of sassafras. Interestingly, they were reported to have landed far north of Roanoke Island, but at the same time, many accounts that Sir Walter Raleigh’s colony had again been contacted were reported from several sources.

In 1602 Samuel Mace, of Weymouth, who had been in Virginia twice before, was employed by Raleigh “to find those people which were left there in 1587. To whose succor he hath sent five several times at his own charges.”

“At this last time, to avoid all excuse,”---for the former expeditions had accomplished nothing---Raleigh “bought a bark, & hired all the company for wages by the month: who departing from Weymouth in March last, 1602, fell forty leagues to the southwestward of Hatteras in 34 degrees or thereabout.” They spent a month here, & pretended that extremity of weather & loss of tackle prevented them from entering Hatteras Inlet, to which they had been sent.  They accomplished nothing, & yet didn’t fail to bring back sassafras.

Apparently, Raleigh & his investors were aggressively importing large amounts of sassafras into England, & that the location of the sassafras was Raleigh’s “lost” city

Nicolás Monardes, Joyfull Newes out of the New-Found Worlde. Wherein are Declared, the Rare & Singuler Vertues of Divers Herbs, Trees, Plantes, Oyles & Stones, with their Applications, as well to the use of Phisicke as of Chirurgery. Englished by John Frampton (London: E. Allde, by the assigne of Bonham Norton), 1596; Apothecary’s Cabinet: 9.

The Bibliography from "Breadcrumbs" -

Brown, Alexander. Item LVI, “Zuñiga to Philip III”. Genesis of the United States: a narrative of the movement in England, 1605-1616, which resulted in the plantation of North America by Englishmen, disclosing the contest between England & Spain for the possession of the soil now occupied by the United States of America. Vol. 1. Boston, New York: Houghton, Mifflin, & Co. 1890

Cowen, David L. “Boom & Bust: Sassafras”. Apothecary’s Cabinet: News and notes from The American Institute of the History of Pharmacy. No 8. Fall 2004

McMullan, Phil. “Beechland & The Lost Colony”. North Carolina State University History Department: Dr. Holly Brewer, a thesis submitted to the Graduate Faculty of in partial fulfillment of the requirements for the Degree of Master of Arts. Archaeology for the Lost Colony, Lost Colony Center for Science & Research. 2010. http://lost-colony.com/
currentresearch.html

Monardes, Nicolás. Joyfull Newes out of the New-Found Worlde. Wherein are Declared, the Rare & Singuler Vertues of Divers Herbs, Trees, Plantes, Oyles & Stones, with their Applications, as well to the use of Phisicke as of Chirurgery. Englished by John Frampton. London: E. Allde, by the assigne of Bonham Norton. 1596

Mouzon Henry, Jr., Thomas Jeffrys, Ephriam Mitchell & others. “An Accurate Map of North & South Carolina with their Indian Frontiers, Shewing in a distinct manner all the Mountains, Rivers, Swamps, Marshes, Bays, Creeks, Harbours, Sandbanks & Soundings on the Coasts; with The Roads & Indian Paths; as well as The Boundary or Provincial Lines, The Several Townships & other divisions of the Land In Both the Provinces”. London: Robert Sayer & J. Bennett. 1775

Pearce, Haywood J. Jr. “New Light on the Roanoke Colony: A Preliminary Examination of a Stone Found in Chowan County, North Carolina.”. The Journal of Southern History 4. No. 2. Hanover, Pennsylvania: Sheridan Press. May 1938

Rountree, Helen. The Powhatan Indians of Virginia: Their Traditional Culture. Norman: The University Press of Oklahoma. 1989

Strachey, William & Richard Henry Major (ed.). The Historie of Travaile Into Virginia Britannia: Expressing the Cosmographie & Commodities of the Country, Together with the Manners & Customes of the People. London: The Hakluty Society. 1849