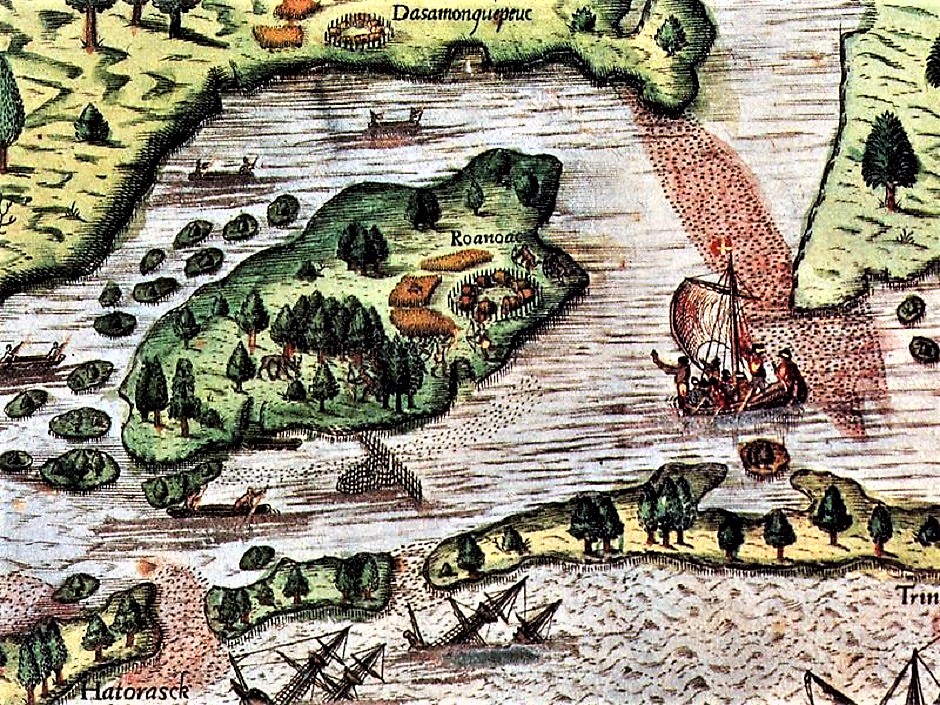 After helping establish the first 1587 English settlement on the Island of Roanoke, off the coast of modern day North Carolina, John White reluctantly returned to England for supplies. Delayed by war for 3 years, he returns in 1590 to find the colonists are gone. Intent: Attempt to establish English colony in New World, although (or because) rival Spain has a large foothold in the "New World". 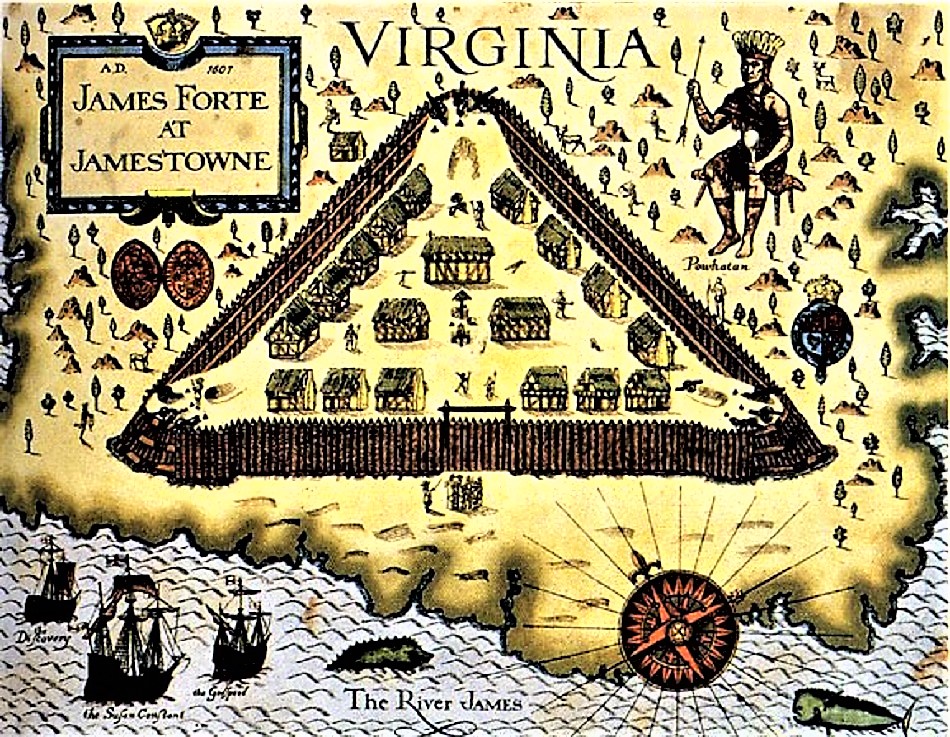 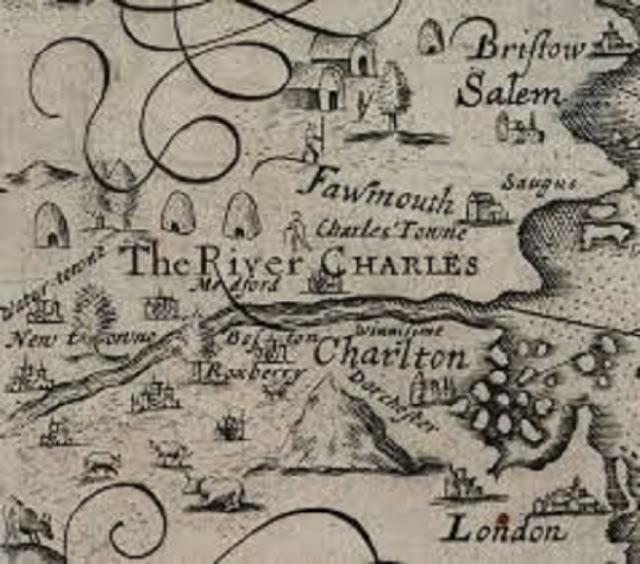 The King of England grants a charter to a group of Puritans to allow them to form a colony along the Massachusetts Bay. The Puritans form the colony of Massachusetts as a place to spread their religion & extend the empire of Great Britain.  1620 Mayflower Compact. Led by William Bradford. Intent:  Religious freedom for Separatists at Plymouth.  1630 Led by John Winthrop. 18,000 settlers by 1642.   Intent:  Religious freedom for Puritans.  Corporate colony. 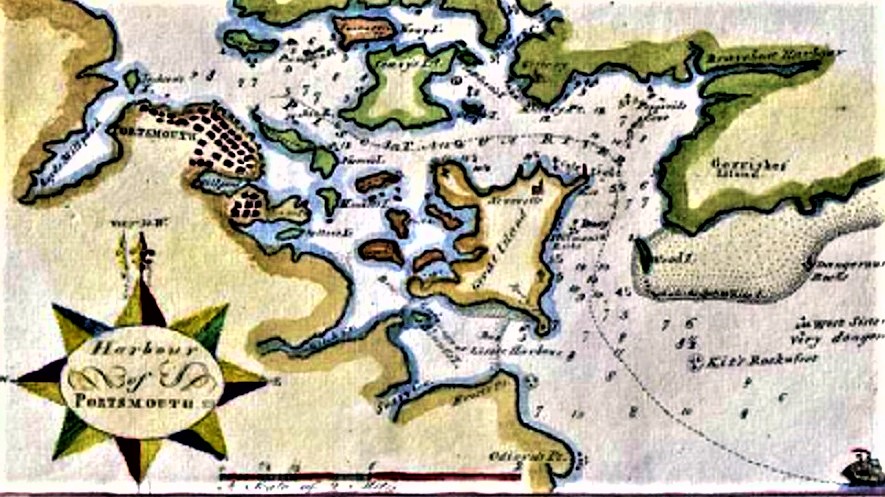 New Hampshire is created as a fishing colony by Captain John Mason. It is named for Hampshire County in England.  Puritan harshness led these settlers north and inland.  Intent: Escape for those constricted by religious and economic rules. Corporate, then Royal colony. 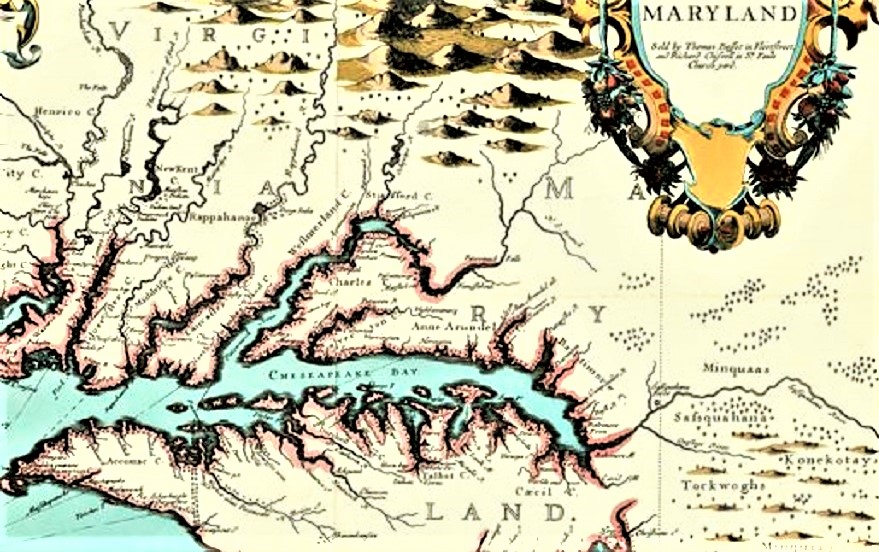 The Province of Maryland was granted by King Charles I to Sir George Calvert (1579–1632), his former Secretary of State in 1632, for settlement beginning in March 1634. The first colonists from England to arrive on the western shore of Maryland calling the site it St. Mary's. Founded by George Calvert. Slow growing - only 600 by 1650. Maryland Toleration Act (1649).  Intent: Religious freedom for Catholics.  Proprietary colony.

1636 Puritans establish the colony of Connecticut. 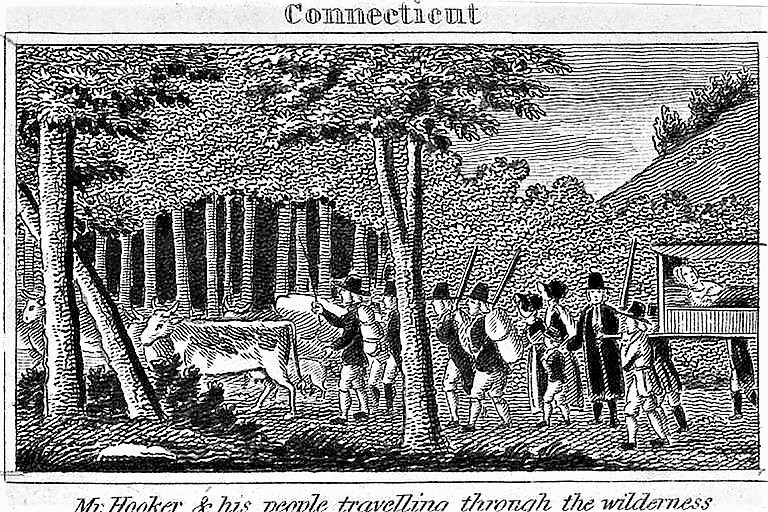 Puritan minister Thomas Hooker & Governor John Haynes of the Massachusetts Bay Colony establish River Colony, later called Connecticut. Hooker lost support in Massachusetts for his belief in government being led by the consent of the people, not just God's will.   Leaders of Massachusetts invited Hooker and followers to leave.   Intent: Religious and economic freedom.   Corporate colony. 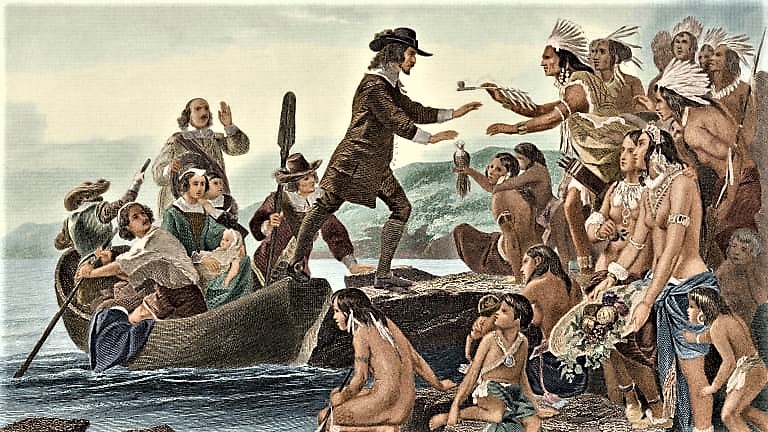 After being kicked out Massachusetts for his belief in the separation of church & state, Roger Williams goes to live with the Narragansett Indians. He forms Providence, which will be the capital of Rhode Island.  Expelled Roger Williams set up a more tolerant colony.  Intent: Religious & economic freedom.   Corporate colony.

1638 Delaware is founded by Peter Minuit & the New Sweden Company. 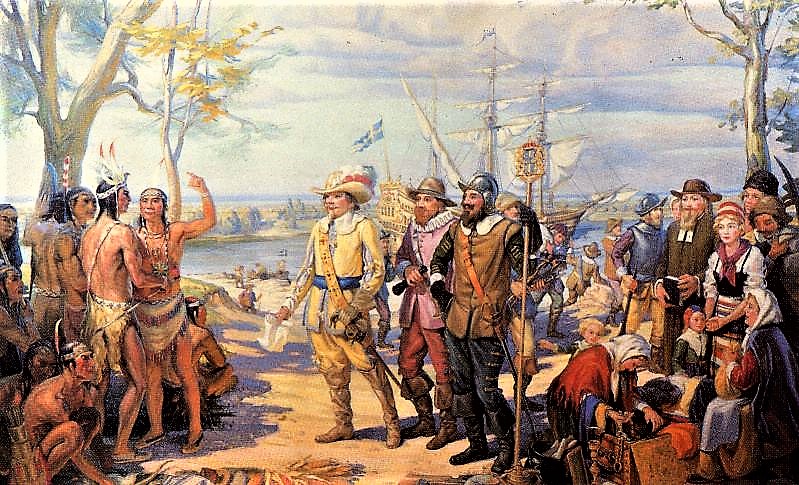 Peter Minuit of the Netherlands establishes a colony called New Sweden. Minuit later is forced to give up the colony when King Charles II takes control of the area called "New Netherland" & tells him to give it to his brother James, the Duke of York. James renames New Sweden Delaware.   Established by Sweden; taken by Dutch, then the English.   Intent: Trade and profits.   Proprietary colony.

1653 A group of Virginians establishes Carolina. 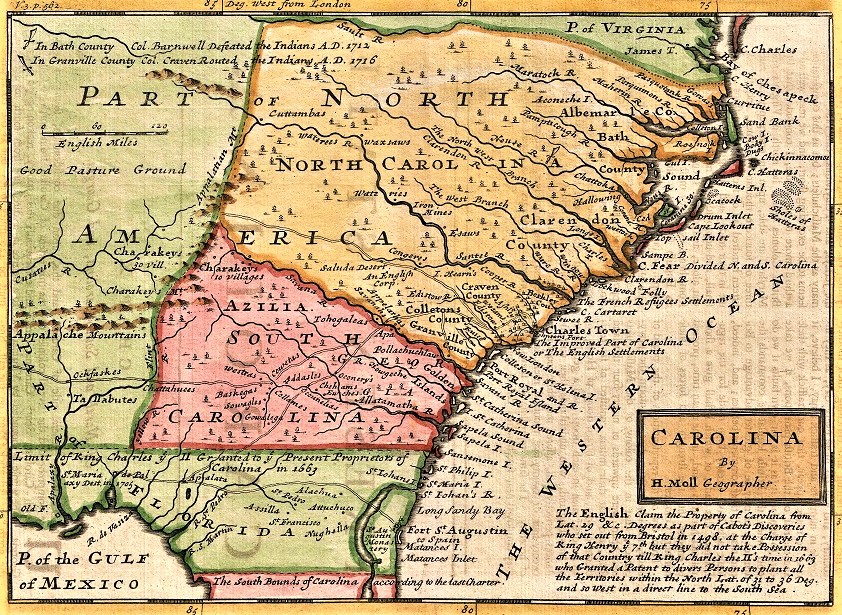 Acting on a charter from King Charles II, eight noblemen from Virginia create a settlement south of Virginia. They call it Carolina, although it is divided into North Carolina & South Carolina when the crown takes control of the colony in 1729.  Joint business venture.  NC in 1653. SC in 1670.  Intent: Trade and Profits. Proprietary colony. 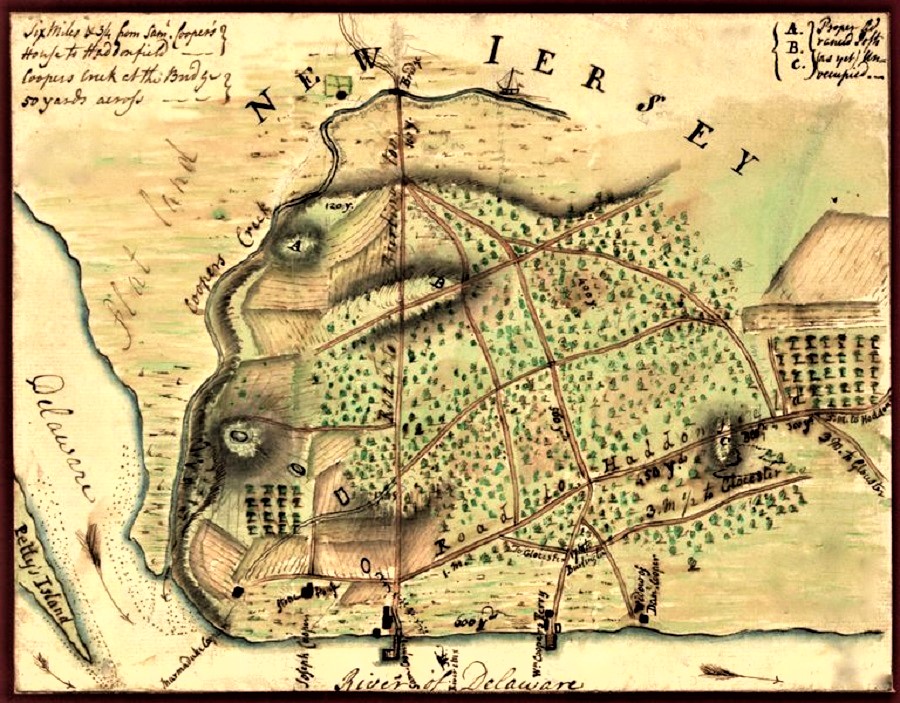 James, the Duke of York, gives land from New Netherland to his friends Lord Berkeley & Sir George Carteret. They call the colony New Jersey & advertise it as a place of religious freedom.  Established by Sweden; taken by English in 1664.  Intent: Trade and profits.  Proprietary colony. 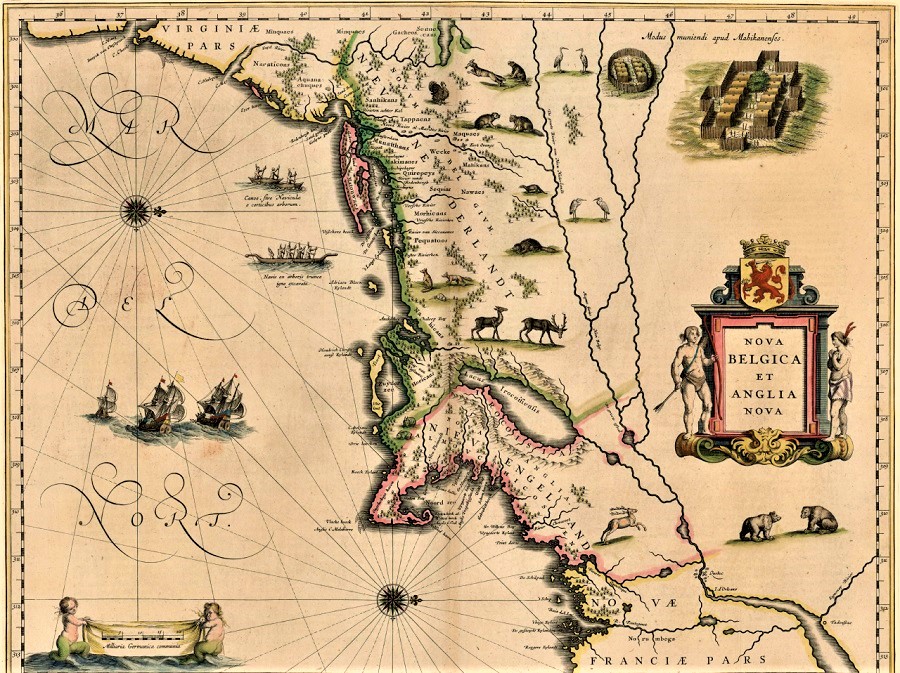 With the Duke of York in control of the former 1626 Dutch trading post, he renames it New York. The city the Dutch called New Amsterdam becomes New York City.  Set up as Dutch colony, taken over by English in 1664.  Intent: Trade and profits.  Proprietary, then Royal colony.

1682 Pennsylvania is established by William Penn. 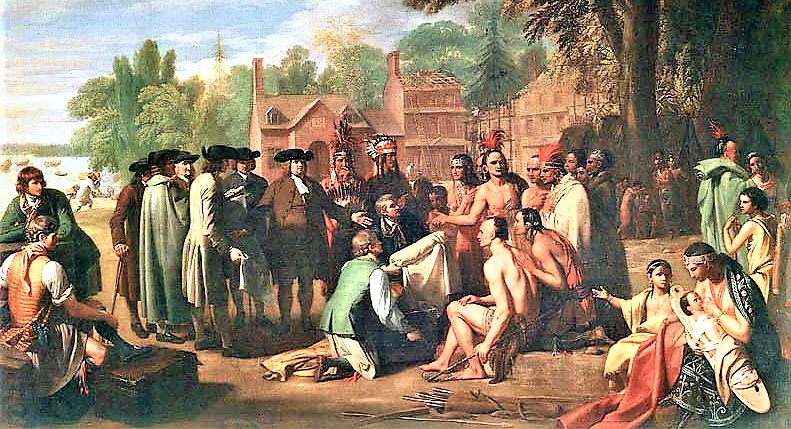 Acting on a land grant that is owed to his deceased father, William Penn creates a colony to serve as a refuge for Quakers under persecution in England. By 1700, it grows to be the third largest colony in the New World. Originally Quaker, this colony became home to many displaced & aspiring European immigrants.   Intent: Religious freedom for Quakers & others while promoting trade and profits.  Proprietary colony. 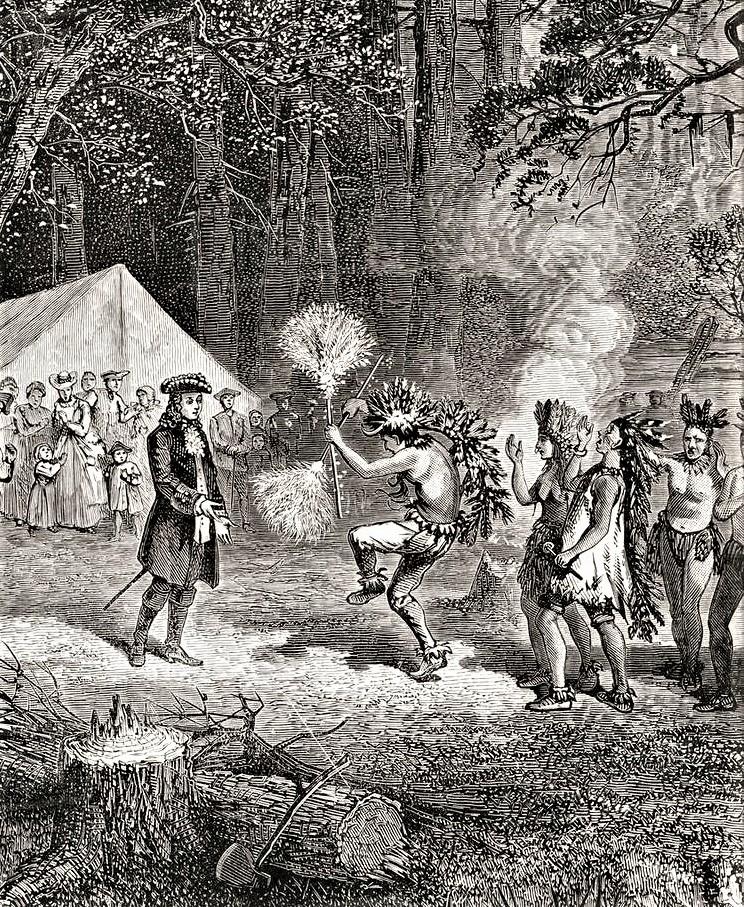 King Charles II grants James Oglethorpe a royal charter to establish a colony between Florida & South Carolina. Georgia is created to act as a barrier between Spain, which owns Florida, & the British colonies. It is also intended to provide a place for those recently released from debtors prison to have a fresh start.  Buffer for Spanish colonies. Originally outlawed slavery and restricted size of land grants to 500 acres.  Intent: Keep Spain at bay & offer a fresh start for Convicts & Debtors while no longer having to support them in the mother country.  Royal colony.
Posted by Barbara Wells Sarudy at 4:00 AM